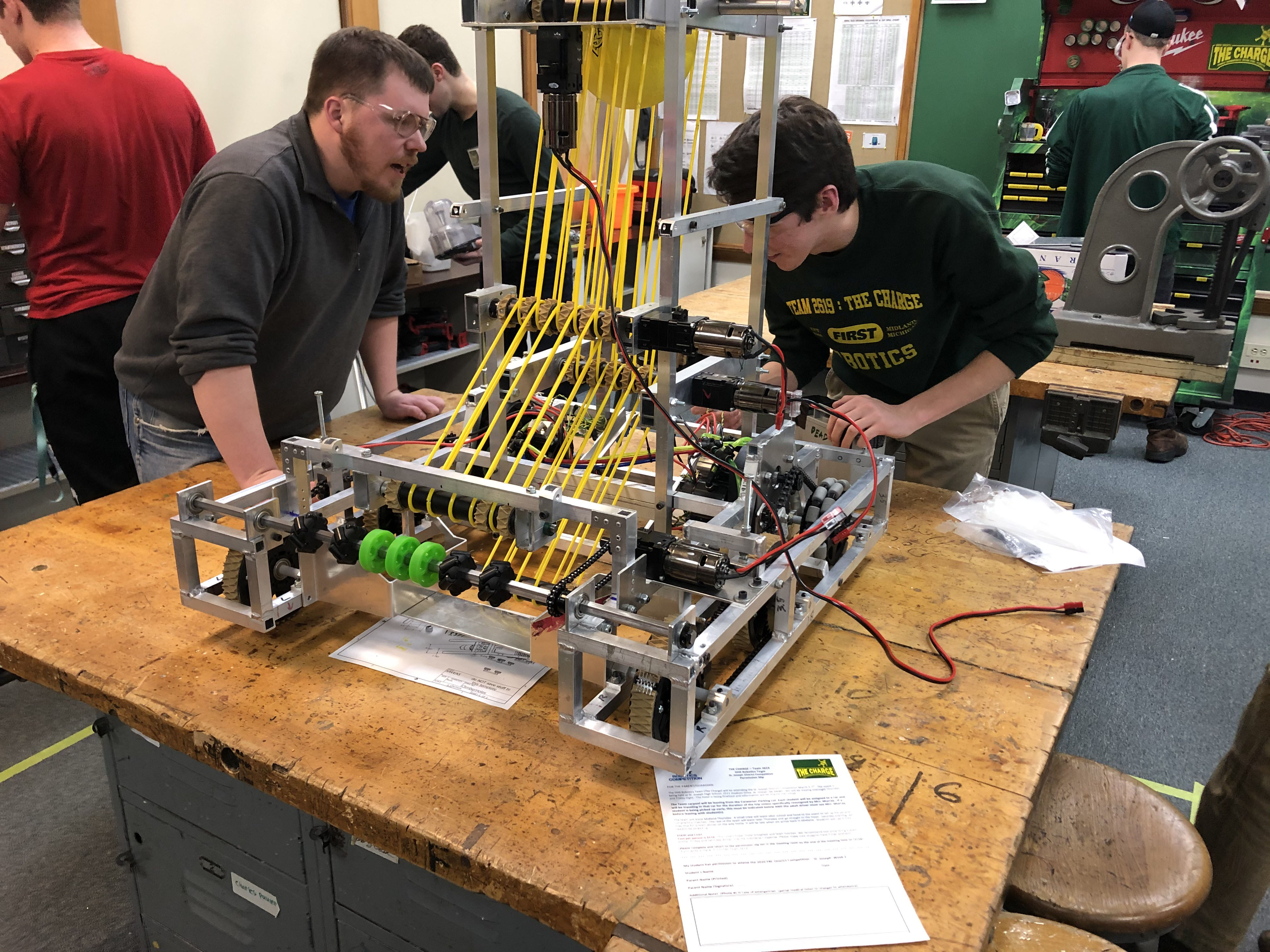 DHS robotics has their first of many competitions starting on the sixth of March. They have been preparing for six weeks during their build season. The build season is a period in which robotics teams from various schools are able to strategize, develop, and enhance their robot which they use in competitions.

DHS robotics club Student Director Peter Kozerski has been in his position for two years. He is in charge of coordinating meetings and is one of the faces of the club. He talks about the strategy, saying how the first two weeks of the six-week build season are simply used for strategizing and design.

“So they release a rulebook on that first day, we read through that rulebook so we know what we can do, or what we can’t do, what’s breaking the rules like looking at the field,” Kozerski said. “Then we come up with some strategies of what best way we think is to score points and win matches really, and then we kind of launch into a preliminary design process, working off of those strategies that we’ve come up with.”

With the first competition around the corner, Kozerski and the other members of the club are ready for the feeling of competition.

“It’s incredible, there’s so many people [and] they’re all just packed into normally a single gym, like at Dow,” Kozerski said. “There’s so much hype.”