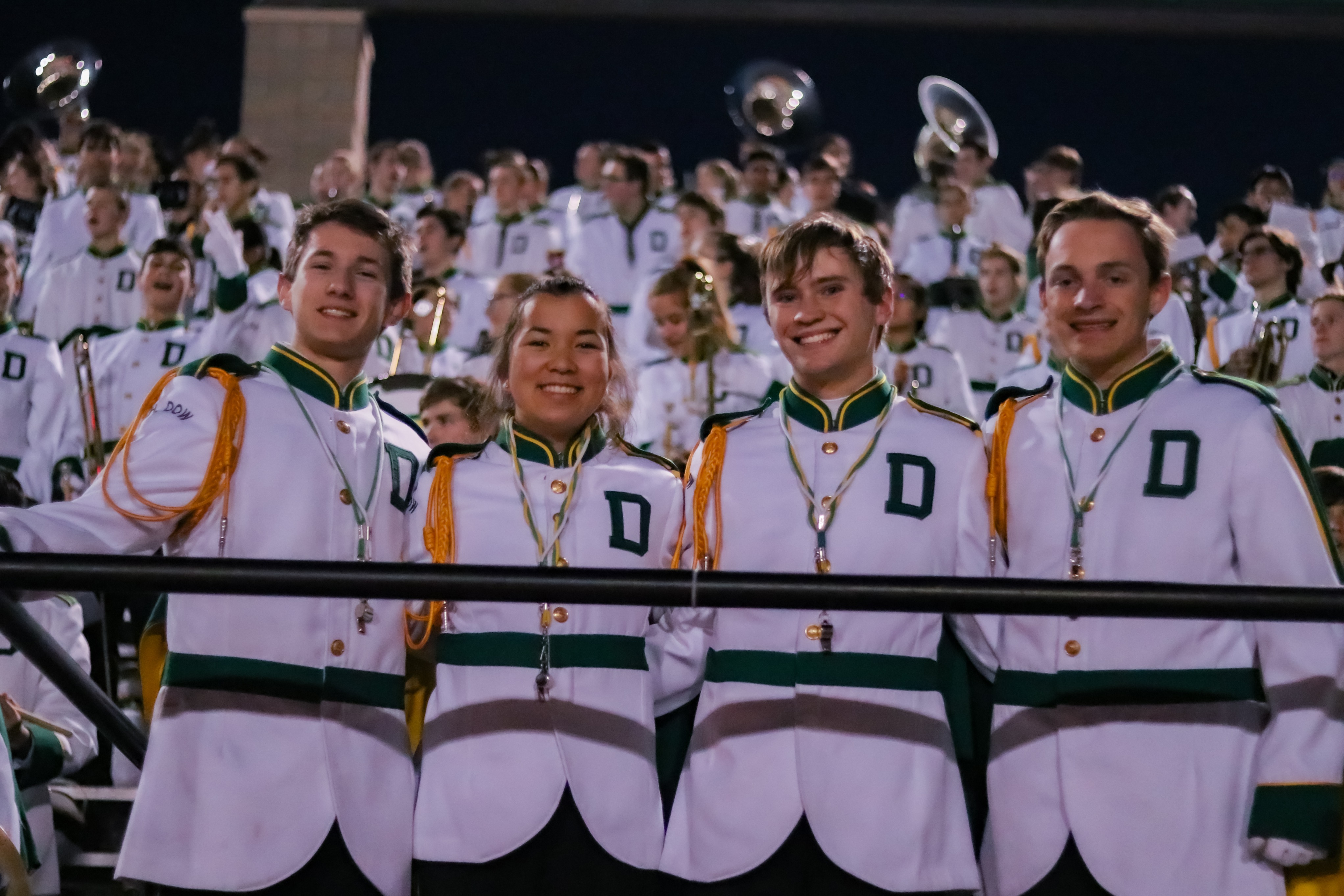 Every year in February, the DHS band and orchestra prepare for festival. This is an event where the classes master three pieces to perform in front of judges who will score them on their ability and skill of the pieces.

“I believe all three bands have gotten ones since we’ve been here,” junior Josh Kline said. “I don’t know about this weekend yet, but I have high hopes for us.”

This year the gold band is playing “El Zorro Rojo”, “Temple of the Murals”, and “Byzantine Dances”. Green band is playing “Silver Eagle”, “Highland Legend”, and “When Summer Takes Flight”. Symphonic is playing “Prevision”, “On the Mall” and “It’s Overture to Candide”.

“For percussion, it varies just based on which instrument you’re playing.” Kline said. “So, most of the time, one of my more difficult ones is ‘Highland Legend’. I think it’s because I have to go back and forth from two different instruments.”

The bands have been practicing these pieces for a while now. The bands received their music as soon as they were done with their Christmas concert. After working on one piece they then move on to their next.

“We work until it’s perfect and hopefully it’s all worth it in the end.” Kline said.