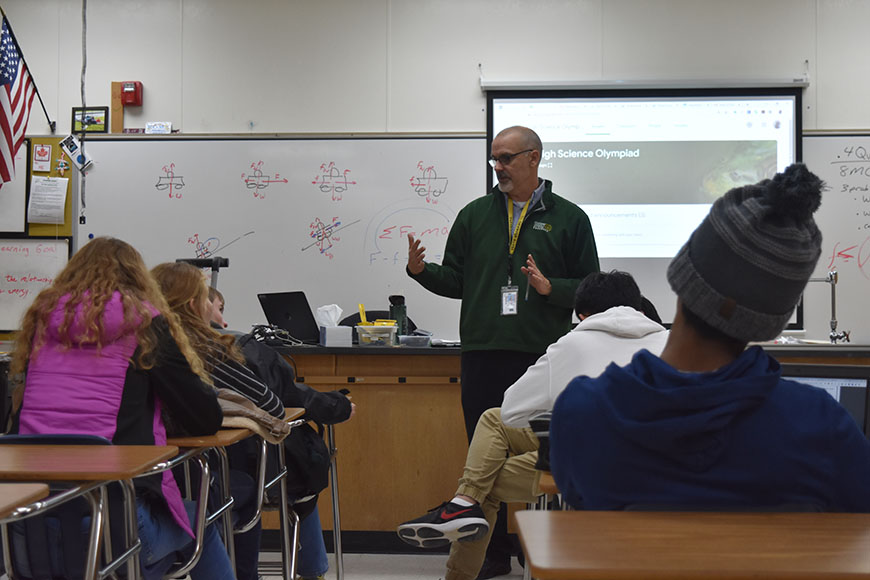 “In Science Olympiad, we can express our interest in science by participating in events,” senior Ashwin Saxena said. “They’re about topics which we don’t like necessarily cover a lot in class like astronomy or electricity. It’s more in depth and more hands on. For my past events I had to make circuits.”

Although it is a competition, McNamara believes that it should be fun as well.

“I think I treat it as kind of a very low key event,” McNamara said. “I’m just here to have fun with science. I’m not really worried about the competition part of it, right? They’re having fun. You know, that’s the important part.”