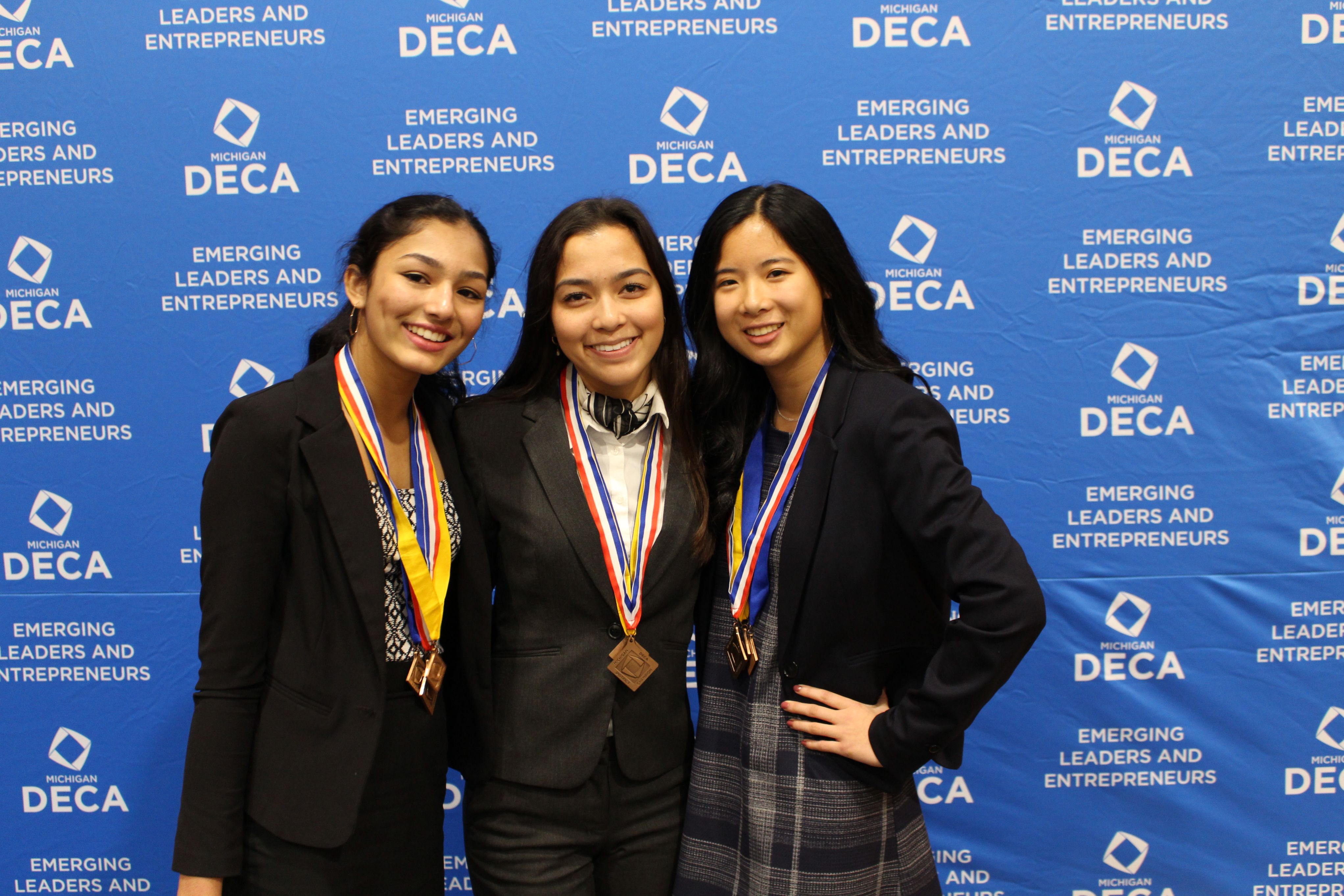 As DECA members prepare for their state competition in March, they must first take a standardized test specific to their event as a part of the competition. These tests took place on Feb. 19 and 20, and all members were required to participate in order to compete at the state conference. Many members begin studying to take the standardized test after the district competition.

“I use the website we have called Competition University and there’s a bunch of lessons on the different subjects of marketing like selling and promotion so I study those, and there’s also a bunch of practice tests for states and districts, so the week before I take a couple of those,” junior and second year DECA member Joey Meilink said.

DECA members will also practice the judged part of their competition before leaving for Detroit in March.

For more information about DECA and the state competition visit http://mideca.org/