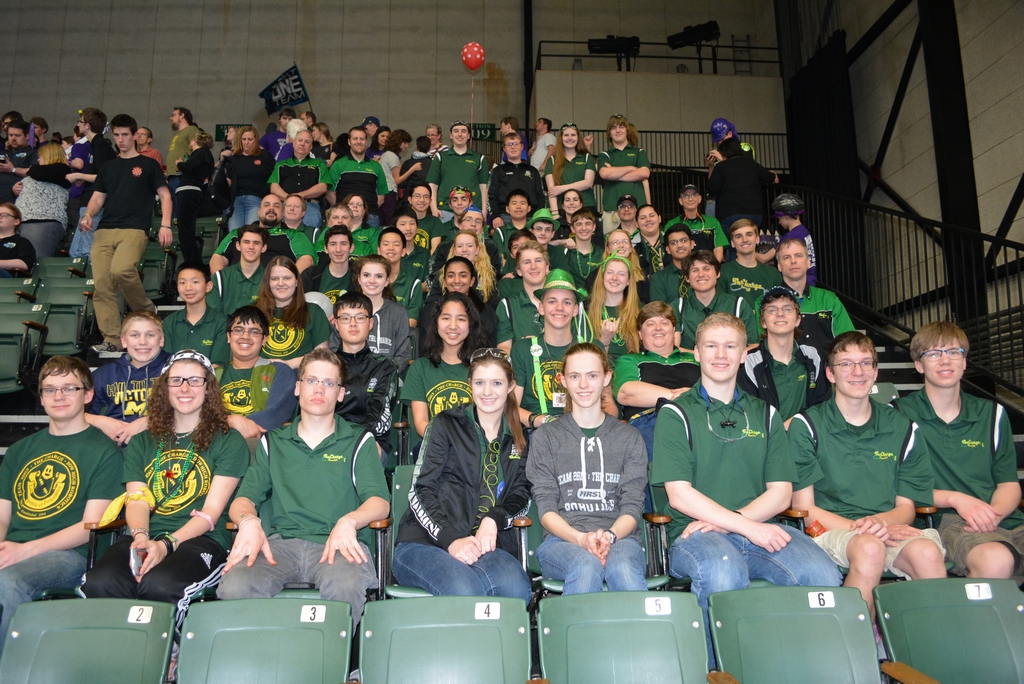 The DHS robotics team, “The Charge” previously qualified for the state robotics competition. At the state competition they ultimately placed 49th. With this placement, they will be moving on to Worlds.

“The fact that we were able to win a district and make it to Worlds feels like a miracle,” sophomore Jeremiah Drabik said .

The team has had success this year when some were initially quite worried. At the beginning of the season the team actually ended up re-designing a chunk of the robot six days before the deadline of competition. Even with this happening the team was able to win a district, place at states and they are now headed to Worlds.

“During build season, everyone works five days a week; more if you have a leadership role on the team,” Drabik said. There are six weeks to design, build and test the robot so there is loads of pressure on the teams. The teammates often get little sleep and during competition you’re working around 10-12 hours straight. Even so, most, would agree the work is worth it.

As happy as The Charge is to make it to Worlds, States was not easy. Most would agree that Michigan is one of the hardest states to compete in. There is well over 400 teams and many are world champions.

“That all being said, it is absolutely worth it, robotics is one of the most rewarding things in my life, and I have made many friends through it,” Drabik said.