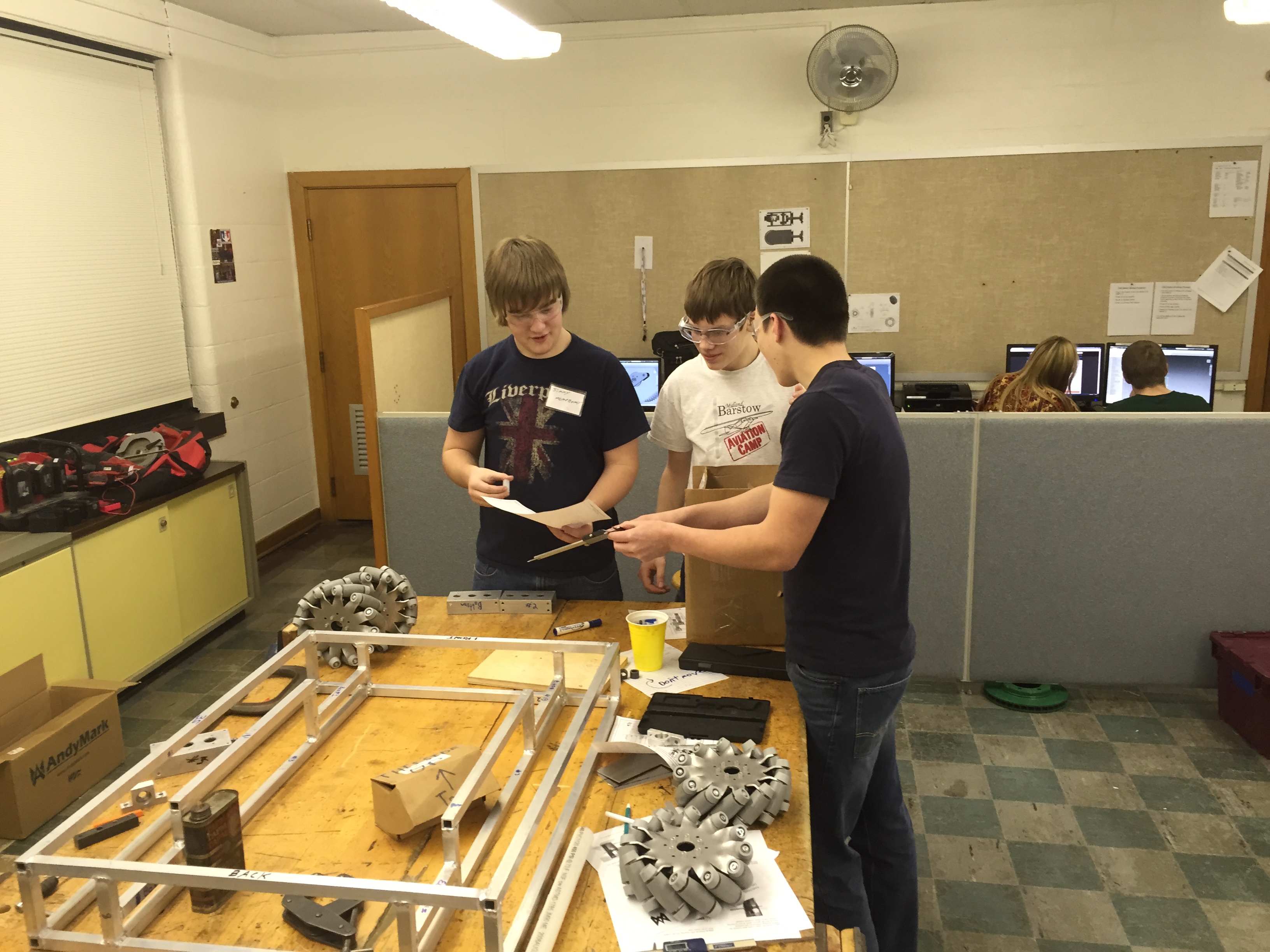 Robotics is a club made up of students with a variety of interests that work together to build a robot to compete against other schools. They meet every day except Sunday for two and a half hours to plan and work on their robot. The 2014 robotics team attended the “Worlds” competition in St. Louis, Missouri and hope to return this year.

The robotics team is around 60 students that meet every day and work on their robot for the competitions in the spring. They have a build season, in which they spend their time planning and building the robot, and then they compete on district, state and world levels. The build season lasts six weeks, from early January to mid-February. During this time the team must fabricate the parts and assemble the robot. Members are divided up into groups of two or three to work on individual parts or pieces for the robot. Each person puts in around 150 man-hours during build season, that’s about two hours of work at every meeting.

“Everybody should be part of robotics,” sophomore Cameron Curtis said.

Curtis had no prior knowledge in mechanical and electrical engineering, but he learned as he went and now is a leader of the team.

“If you’re willing to learn you can do it,” Curtis said.

The club is always open to new members and will help guide less experienced students through processes and builds. Experience with computer programming or computer aided design is useful but not necessary to begin. Students can learn programming and CAD in robotics but there are also other roles available. Roles like design and welding are important to the construction of the robot, whereas CAD is used to sketch and plan parts and programming in the manipulation of the electronics.

Overall, robotics is a group program that applies multiple skills and tools to get the task done. They utilize mechanical and electrical engineering and love to share snacks at meetings.

Click here for more information about robotics at Dow High