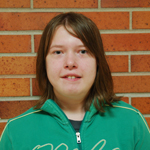 Hurricane Sandy has been storming across the East Coast, causing millions of people to go without power for seven to ten days. All the subway stations in New York have been shut down because the ocean’s salt water has poured into them. The storm, being so large and lasting for so long, closed the New York Stock exchange for two straight days. This storm truly was like no other, mostly because a cold front came along at the same time. The weather conditions were just right to cause the “perfect storm.” It left destruction in its path. Because it left New Jersey and New York devastated, people are starting to take a different look at how we rebuild society for the future.

Some people are asking whether or not we should build levy systems along shores where there was previously no need for them. Others are saying that since this storm was as bad as it can get, there is no need for them.  Although both sides are valid, there is still confusion on what Americans should do. Should there be levy systems along the East Coast states that aren’t easily affected by hurricanes?

I think that there should be levy systems, mainly because weather is too unpredictable. No one would have expected this storm to hit as hard as it did, just like none of us are expecting another disaster like this in the future. If the country takes charge on the situation now, then chances are Americans won’t have to deal with as much damage as we’ve had to. Sure there’ll still be hurricanes, but it won’t cause New Yorkers to go without power for seven to ten days. Even though the states affected the most by the storm will never build up to the standards that they were once before, they can at least get close. We wouldn’t want another hurricane coming along unexpected and damaging an already tortured New York City.

Looking back at the other side of the situation, what if there is no damage in the future? What if the levy is built for nothing? If this is the case, then America would have wasted money building something that has no future purpose. Some also think that it would take away from the iconic images of these huge cities. Since the city is not going to be exactly what it was, I think it won’t really matter. In my opinion I think it’s better to be safe than sorry in any situation. Weather is extremely unpredictable, and anything can happen. If we don’t have a way to prepare ourselves, then we will regret if the city gets hit again.

Seung-ni is the place to be

The Effects of Senioritis

What the holiday season is really about