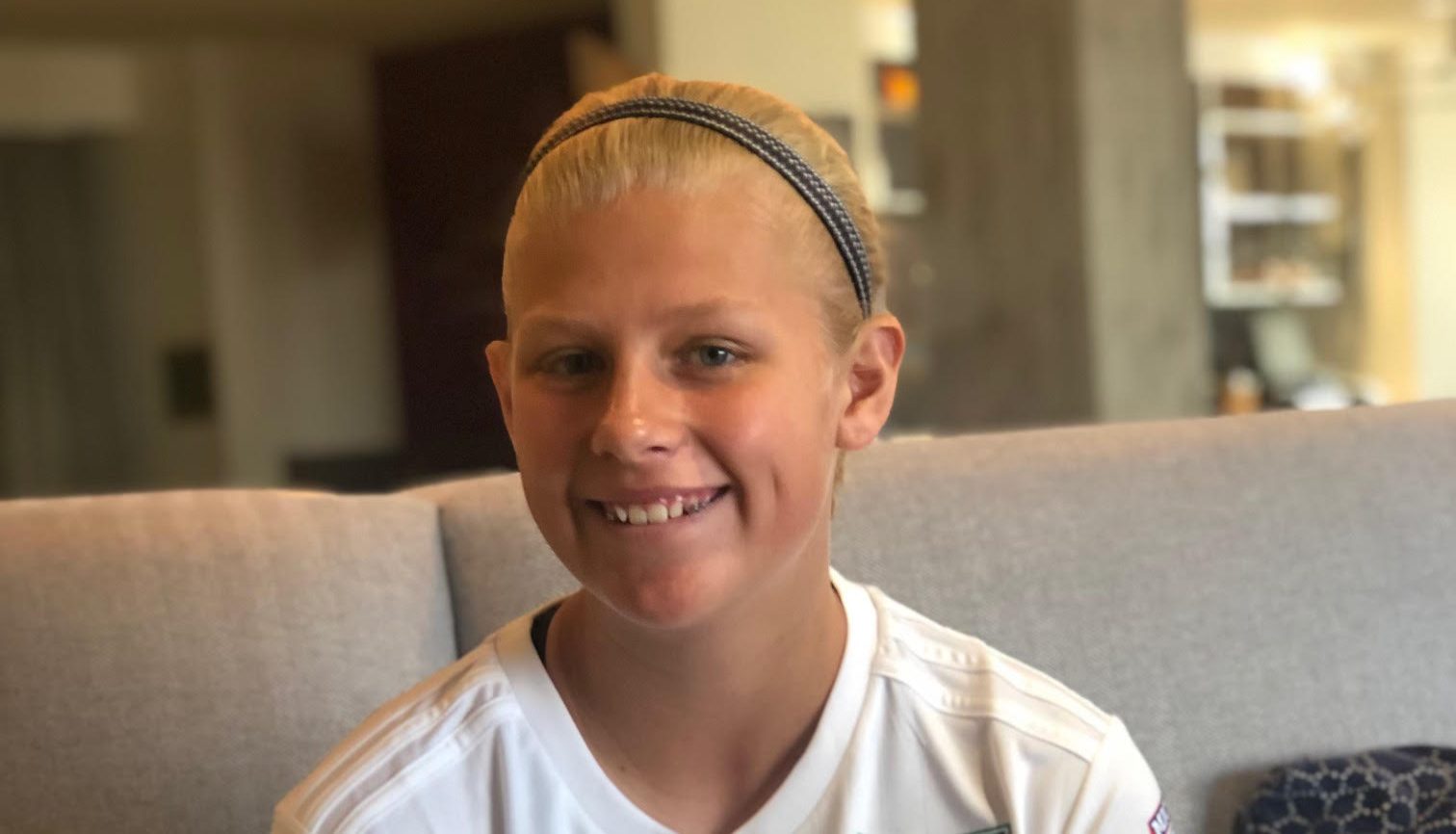 Some girls laughed it off, discomfort painted clearly across their faces.

Some trained their eyes forward in a “you’re-not-worth-my-time” stare.

Some glanced at the numbers on their basketball jerseys in confusion.

They were the ones that didn’t understand. They didn’t realize that the numbers were ratings—numbers reflecting the way we look, not how we play.

We don’t respond, though.

“Even the eighth grade boys could crush them.”

“Maybe people would actually watch if they were hotter.”

I’m one out of 2.4 million female athletes in the USA, and these are all things that have been said throughout the 10 years I’ve played competitively. All of the snide comments and sexist remarks seem to just grow in number as I get older, and I’m only a sophomore in high school. Can you imagine what the women at the collegiate and national levels put up with?

Look at what happened with Sarah Fuller. She made history Nov. 28 as the first female kicker in Division I football. It was no surprise that she would be met with tons of backlash but several comments on social media highlighted just how unwaveringly some people are pitted against women in sports.

“Is it bad that I want her to get ROCKED? I mean it’s only fair.”

Sadly, this isn’t a unique story. There’s so many people out there just waiting for female athletes to fail.

This is where someone will say, “They’re just a few words. Don’t be so sensitive.”
However, it’s not just “a few words.” This mindset of female athletes being lesser than their male counterparts impacts so much more than most people realize. A huge percentage of our society believes that the enormous strides Title IX has taken means that gender inequality in sports is gone completely.

Yes, there has been progress. But while women make up 53% of Division I schools’ students, female athletes only receive:

Yet there are still male athletes claiming that the inequality lays on their side. Groups with that idea in mind are petitioning for the removal of Title IX on the basis that the amendment is taking away opportunities for male athletes.

It is true that women’s sports are growing while men’s sports are shrinking. However, it’s important to remember that before Title IX women had close to nothing in athletics. It only takes a small dose of common sense to understand why their programs will be growing faster compared to the already well-established men’s programs. This gap between two historically unequal things will only close if the side that has been repressed rises while the systematically favored side stays constant. Even with the alleged “discrimination” against men’s sports there are still more male athletic programs than women’s to this day.

The people petitioning against Title IX can come crying about things being unfair when some of these numbers start tilting in women’s favor.

They have no case as it is. Men still hold the upper hand in sports. There is also nothing in Title IX that says schools must eliminate any men’s sports programs in favor of women’s. It’s simply a matter of money. Some universities are cutting men’s and women’s programs to give the men’s football and basketball budgets even more money. Other teams are suffering because colleges are putting all of their resources into those two sports.

Why don’t they bring this up instead of trying to push women’s sports back further?

Oh. Is it because they don’t want to limit male athletes in any way?

Right. It’s not like that’s exactly what they’re trying to do to female athletes.

Even with everything going against them, there are still women like Sarah Fuller paving the way for the future of female athletics. I don’t think it’s possible for anything to be truly equal in our world but me, my teammates, and many others still play with hopes that it could be. We’re sick of being sneered at as we walk on the field or court but we get past it because we love our sports. Hopefully, that passion will be enough to fill in the massive gaps between female and male athletics that even Title IX can’t close.

One thought on “Aren’t We Supposed to be Done With the 1950’s Mindset? | Lindsay’s Say”