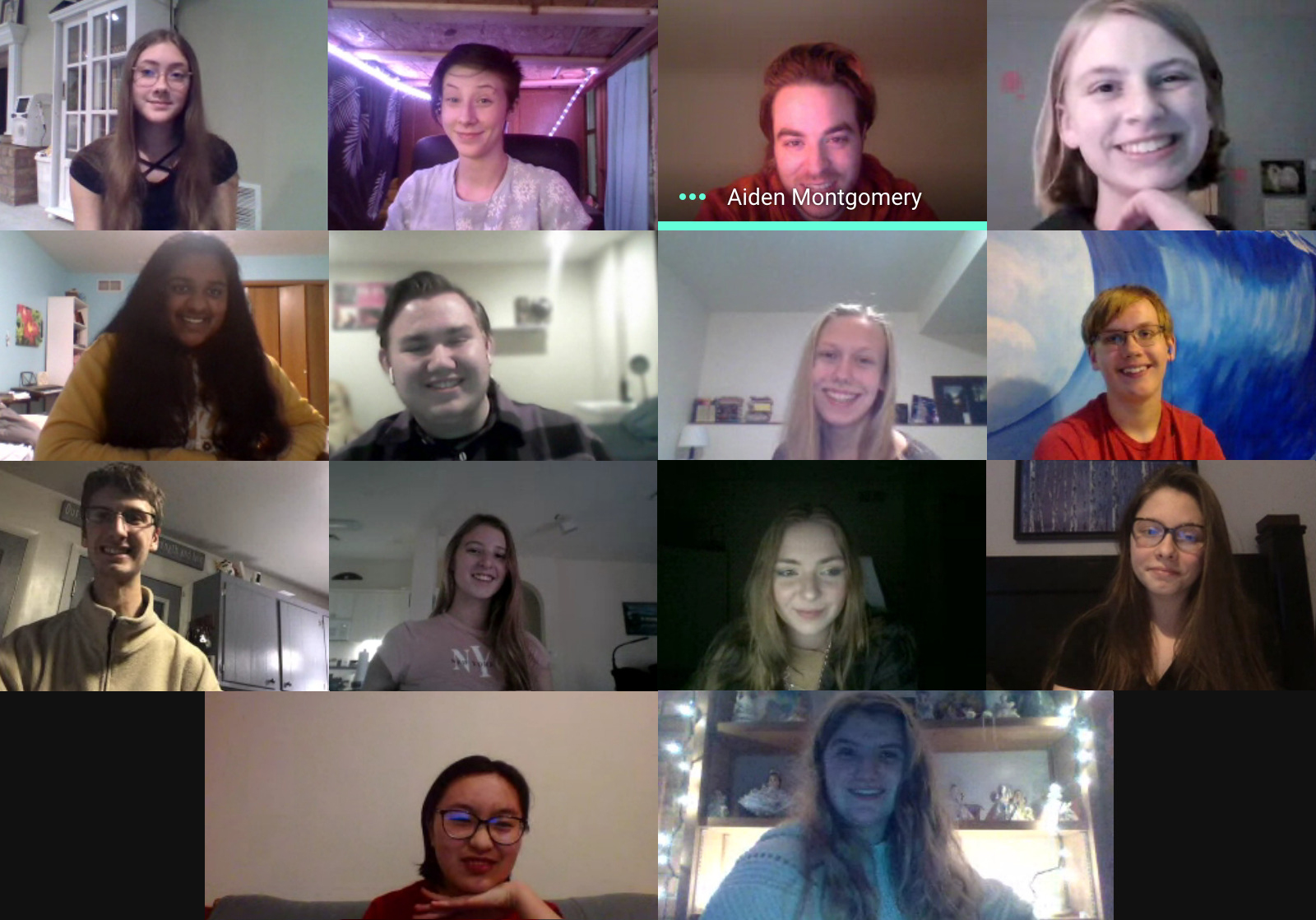 The coronavirus lockdown has made it difficult for sports and clubs to keep practicing and meeting up, but DHS Drama Club took a different approach to one of their plays this year, the “Christmas Carol.”

“It’s important to be able to include everybody who wants to even if it’s a little non traditional,” director Gina Kearly said. “It’s definitely 100% virtual using Google Meet, you know obviously no blocking and then as far as the acting goes, it is so much more face and voice, because you don’t have necessarily your whole body to express. So it feels weird that you gesture with your hands right up next to your head all the time. But you only have a little box. So you got to work with what you have.”

Student actors and actresses who have acted in non-virtual plays before have been having trouble adjusting to the virtual format. Junior Rachel Rassette, who plays Freddie in the show, has been acting at DHS since her freshman year.

“It’s weird not being on a stage or having face to face interaction with actors and actresses like we normally do,” Rassette said. “Just all aspects of theatre really are in person and it’s different going all virtual.”

With school back to full virtual again and Michigan being in another shutdown, it can be hard for students to be happy and stay positive during these times, but theatre has made it possible for those helping out with the Christmas Carol.

“It has been a joy to still see how enthusiastic students can be about getting to do something with the performing arts at a time where that’s kind of lacking,” Kearly said. “It’s hard to be creative when everything around you is constantly changing.”

Past shows have been live at Central Auditorium, so most students haven’t been able to watch their performances with their friends and family.

“In general you don’t usually get to watch your own performance,” Kearly said. “This will also be a way for students, especially who are new to the program or are new to theater, to be able to get that instant feedback which is cool.”

The Christmas Carol will be available to watch virtually on Dec. 11, 12, and 13 at https://centralauditorium.anywhereseat.com/channel.php.

“When you go to that website it’s both our ticket sales and where you will get the code to view the show,” Kearly said. “You can purchase a virtual ticket, which gives you an access code that lets you watch the show one time whenever you’d like, over the course of the weekend.”

Using this format it is very accommodating to this time, especially for busy families. Tickets start at $10, but when a viewer goes to buy a ticket they can choose to pay extra to donate to the drama program.

“If people want to watch the show more than once they can watch it and then purchase a second virtual ticket and it will give them a second access code,” Kearly said. “It’s also nice because if you have the tech at home, you can stream it on a television and the whole family can watch it together for one purchase.”

Although it won’t be the same as watching the performance live at the theatre, it will be a unique performance that could change the way plays are performed at DHS for years to come, especially with the given conditions.

“We still have the same expectations when it comes to commitment and integrity and follow through,” Kearly said. “So I really hope that we showcase that when the show is finished in a unique format.”