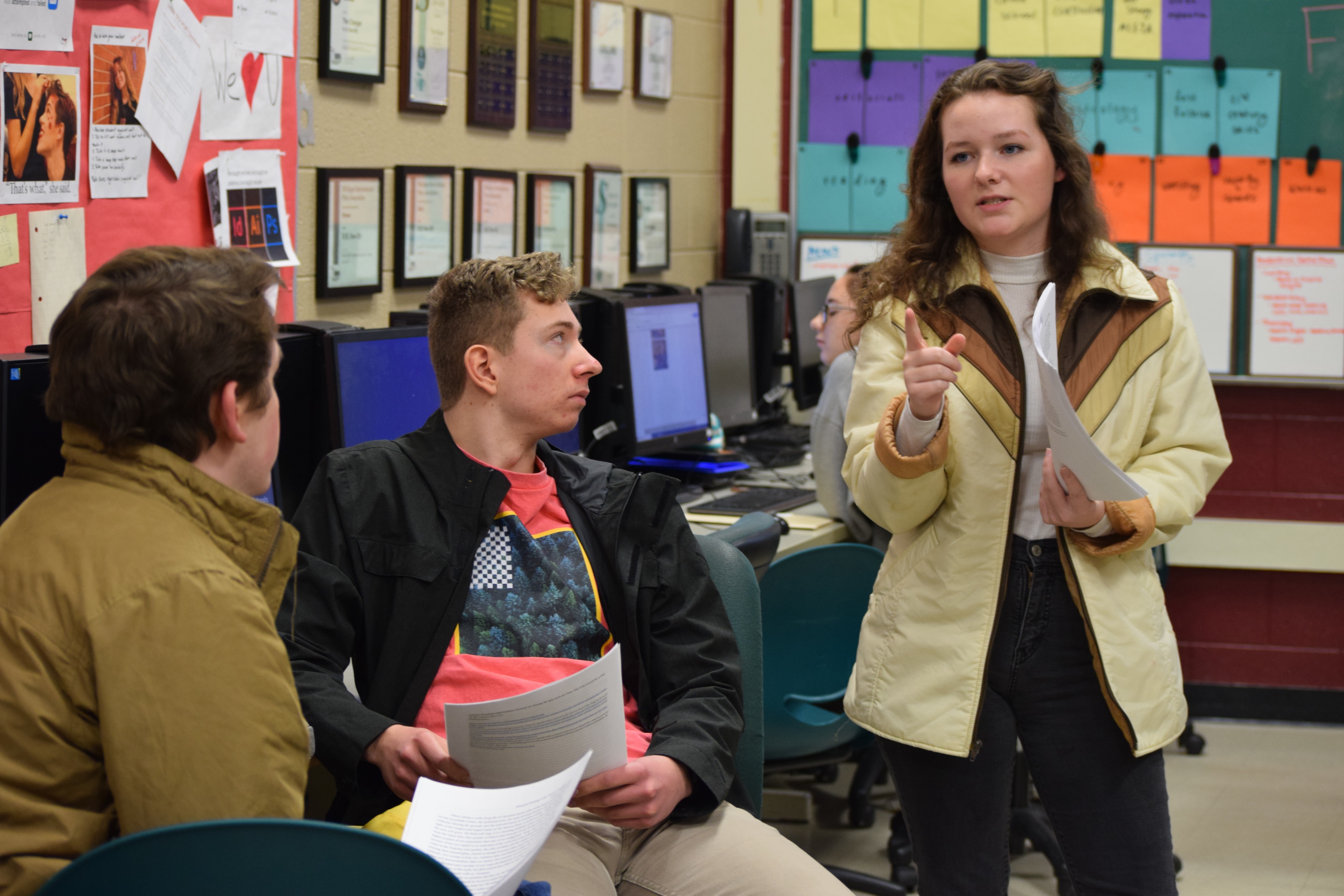 As of last week on Wednesday, Feb. 5, Amy Bushey officially stepped down as the advisor for Model UN. She had held this position for the past three years, and replaced Rick Shahin after he retired from DHS.

In the midst of chaos, the club’s president, Lillian Pressnell-Manceau was placed with the task of finding a replacement to advise the club. Lillian described the situation regarding their advisor in a recent interview.

“The previous advisor quit so I am basically the advisor, taking care of the advisor duties, but my mother will be the parent chaperone,” Lillian Pressnell-Manceau said.

Lillian Pressnell-Manceau’s mom, Alicia Manceau, is said to take Bushey’s place in the near future but has yet to still officially confirm the position. This change has come at a busy time with the team currently preparing for the MSU MUN competition.

“It has caused a lot of stress for all members of the team but especially me,” Lillian Pressnell-Manceau said.

The 15 DHS students representing Russia, among other roles, will compete at East Lansing from Mar. 13-15.