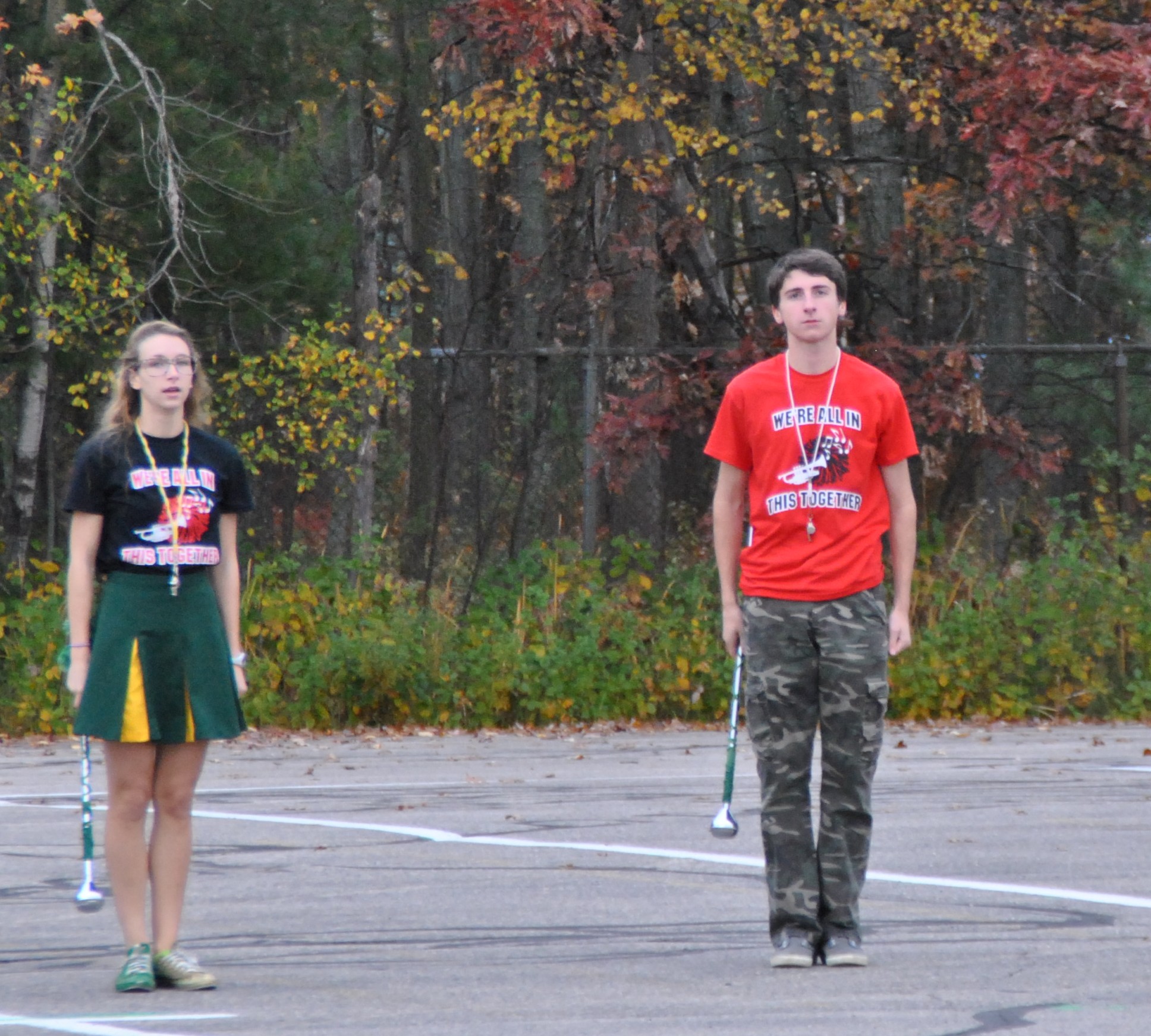 Two of the first people to show up and the last to leave band events are juniors Annalise Wohlford and Ben Price. Wohlford and Price are going to be the two senior drum majors for the 2016-2017 school year.

Becoming a drum major is no easy task. First the people who want to be drum majors must send in an application to Mr. Derees, then they start doing drum major practices, so they (the current drum majors) teach them how to do the fight song, next they have to audition in front of the band and they say a speech and they call the band to attention and the band to rest & then back to attention and then they have to conduct the band on the fight song and so then the group votes.

Wolhford said that being a junior drum major did not affect her during her junior year very much other than being more involved with the band.

“I got more involved in the band for sure because I was required to be there, but also it didn’t because I always liked the band enough to want to come to all the pep bands and assemblies and stuff like that,” Wolhford said.

For Price being a drum major affected a little more than just being more involved in the band.

Price thinks being a drum major will make his senior year more memorable.

However Wolhford’s senior year might not be quite as smooth.

“It’s going to be really crazy actually because I’m gonna be doing a co-op at the mid-Michigan hospital and delta classes and then 2 hours at Dow High so like trying to run back and forth for just different like assemblies and marching in the halls in order to be able to do my other schedule, it’s going be harder, but it’s definitely going to be worth it and I’m going to enjoy it more,” Wolhford said.

Both Wolford and Price felt the same about becoming drum majors, super excited and nervous.

“I’m really excited but at the same time I’m really nervous because like I’m gonna have so much more responsibility and tempos aren’t as easy to get correct as people might think, so it’s kind of a little more pressure, but I’m sure it will be fun.” Wolhford said.

Throughout their junior year Wolhford and Price have been preparing for their senior year of being drum majors.