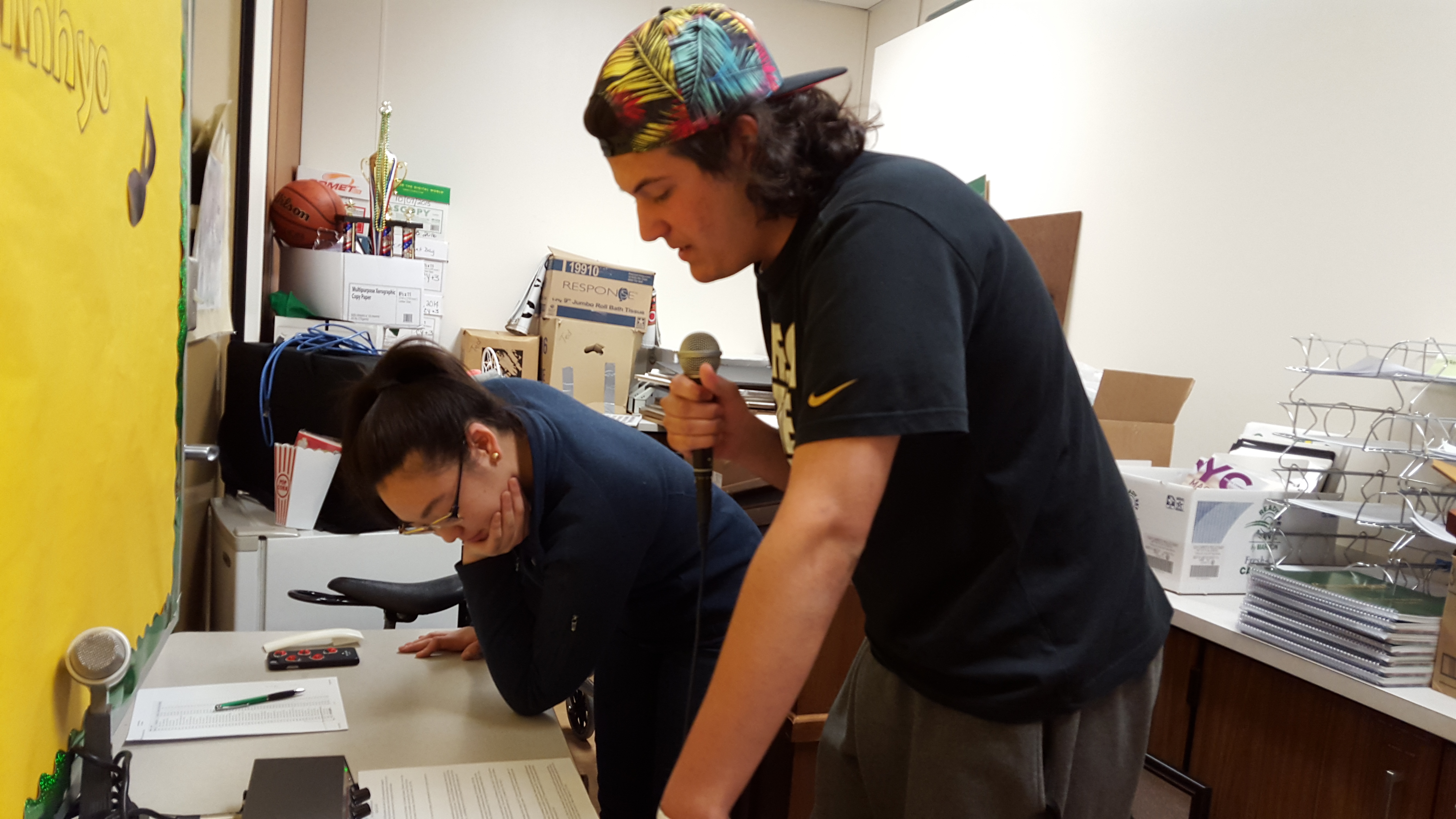 When the bell rings at the end of second hour, the students at Dow High know what’s coming up:  the daily announcements, delivered by seniors Minhyo Kang and Jack Yarosh, as well as junior Ben Price.  Before they’re given the news at Dow High for the day, students get to walk to their third hour while listening to the music chosen for the day.

To some, the announcements are just a few people reading off of a script.  However, according to Kang, there are more rules that go in to it than some may think.

“The announcements are pretty strict,” Kang said. “We’re not supposed to laugh, which we have done, several times, we have a strict script that we must follow, and for me, since I choose the music, the music cannot have swear words, be sexually suggestive, or be negative in any manner, which I have definitely done before.”

When they do break one of the rules, it does not go without penalty.

“These flubs don’t come without consequences – we’ve been reprimanded each time,” Kang added.

However, the announcements aren’t only defined by their strict rules; there are funny moments, as well.

“We were about to finish when Mrs. Bushey walked in with a piece of paper,” Kang said. “She had scribbled a few names of debaters but I couldn’t read any of the names.  So I’m standing there with complete silence over the intercom, and everybody starts laughing.  In the end, we had to cut the announcements early because it was just so utterly embarrassing.”

As for the people running for the team next year, Kang gave simple advice.

“Just have fun with it,” Kang said. “It helped me realize that everybody makes mistakes, but the key is to laugh and move on.”

One thought on “What Goes on Behind the Intercom”