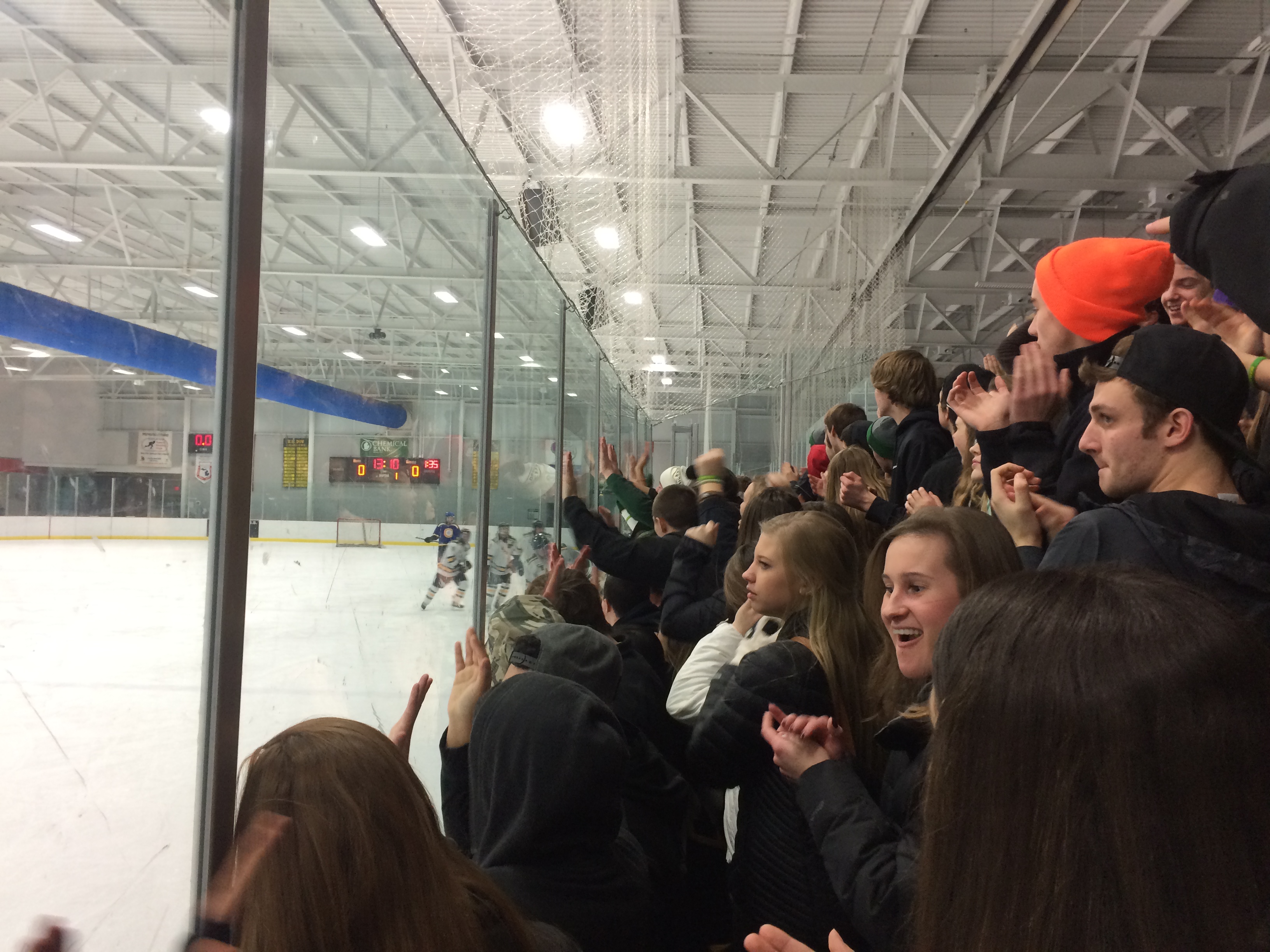 On Jan. 31, 2015, Dick Blasy Sr. lost his battle to liver and colon cancer. Blasy Sr. coached the DHS hockey team for 26 years, was a member of the Michigan High School Coaches Hall of Fame, and was known as the voice of Charger hockey after he retired from coaching. In honor of Blasy Sr., the @DowStuSec Twitter page brought up the idea of having a blackout at school and at the Midland v. Dow varsity hockey game on Feb. 11, 2015 held at Midland Civic arena at 7:15 p.m. Blasy Sr. touched the lives of many of the students and staff of DHS.

“He was always very inspirational, he was always motivating me to become a better player,” senior Cole Smith, a member of the 2014-2015 DHS hockey team, said.

Blasy Sr.’s son, Coach Dick Blasy Jr. is a teacher at DHS and is also the head coach for the varsity hockey team. Blasy Jr. brought the Charger hockey team to 10 victories and five loses this season.

“I think it’s really nice of the students,” Blasy Jr. said of the blackout.

Even MHS participated in the blackout in honor of Blasy Sr. The Chargers brought home a victory over the Chemics after going into overtime ending the score 4-3.

To find out more about the DHS hockey team dowathletics.com.