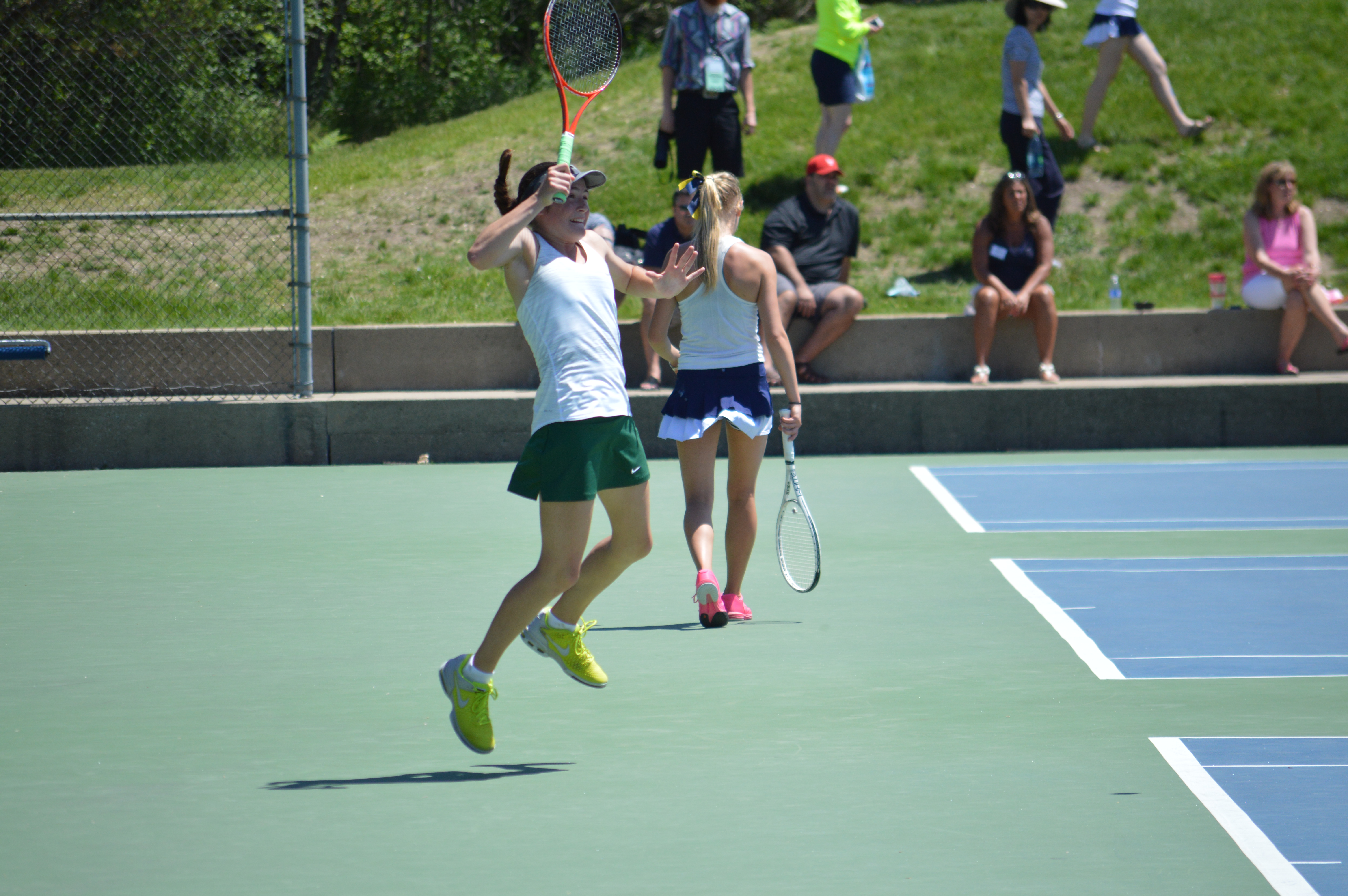 The varsity tennis team put the hard work in once again. Finishing seventh in the state, the girls finished strong despite having a plethora of injuries that held them back for much of the season. After a hard fought Friday, four girls were left standing in their flights. Two, three and four singles were left to fight for a chance to be an individual state champion.

The finals turned out to be quite a disappointment for the chargers. Even though all the girls fought hard, none of the DHS girls were able to pull off a victory. Szabo lost after a battle 7-5, 6-3.

Even though the season didn’t end as the girls wanted it to end, they were content with the bonds they were able to form this year.

“You could just tell that all the girls were always there for each other no matter what happened,” sophomore and one doubles player Kamryn Matthews said. “A lot of unfortunate things happened this season and everyone had to adapt to the changes but all the girls stepped up their game and we were all proud of everyone. I can’t wait for next season; we’re ready to finally get our state championship that we’ve all worked so hard for.”