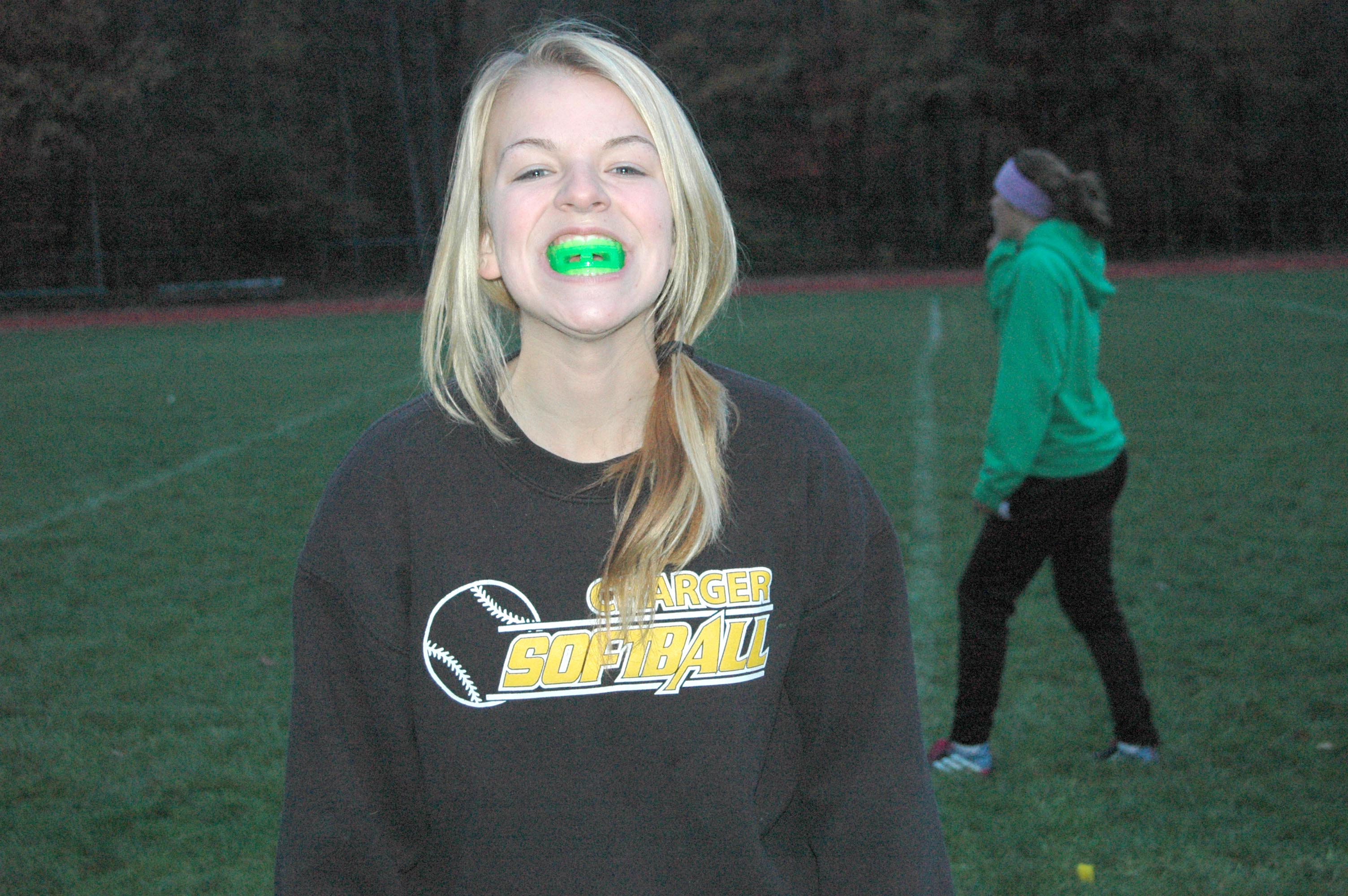 Each year, senior girls at DHS have an opportunity to play powderpuff. Powderpuff is a chance for the girls to get in on the football action.

“We have a Facebook group and we’ve had a couple meetings where girls went and signed up to play,” senior Taylor Mckay said.

Mckay plays cornerback and wide receiver, and is optimistic about their upcoming game against Midland High School.

“I think we will beat Midland,” McKay said.

Although powderpuff is usually a touch football sport, the intense rivalry between MHS and DHS has morphed it into a more violent activity.

“We tackle, but there’s no pads,” senior Sky Morgan said. “They suggest getting mouthguards because people get hurt.”

The varsity football team coaches the girls. Senior football player Matt Malesky is one of the defensive line coaches this season.

“We run through different movements and techniques,” Malesky said. “We also do tackling drills.”

Mckay believes that having the varsity boys there to help has made a huge difference in their playing.

“The boys split up and teach us based on our positions,” Mckay said.

Powderpuff has practices twice a week, but most of the girls see it as a fun after school activity.

“I like it, I think some girls take it really seriously but it’s just supposed to be for fun,” Mckay said.

Morgan is glad she joined powderpuff and hopes that the game will be as fun as the practices.

The DHS powderpuff team takes on the MHS at the Tridge Sunday, Oct. 27, at 2:00 p.m. The team believes it has the win, and looks forward to playing.

“We’ve got this,” Malesky said. “We are looking pretty solid this year.”