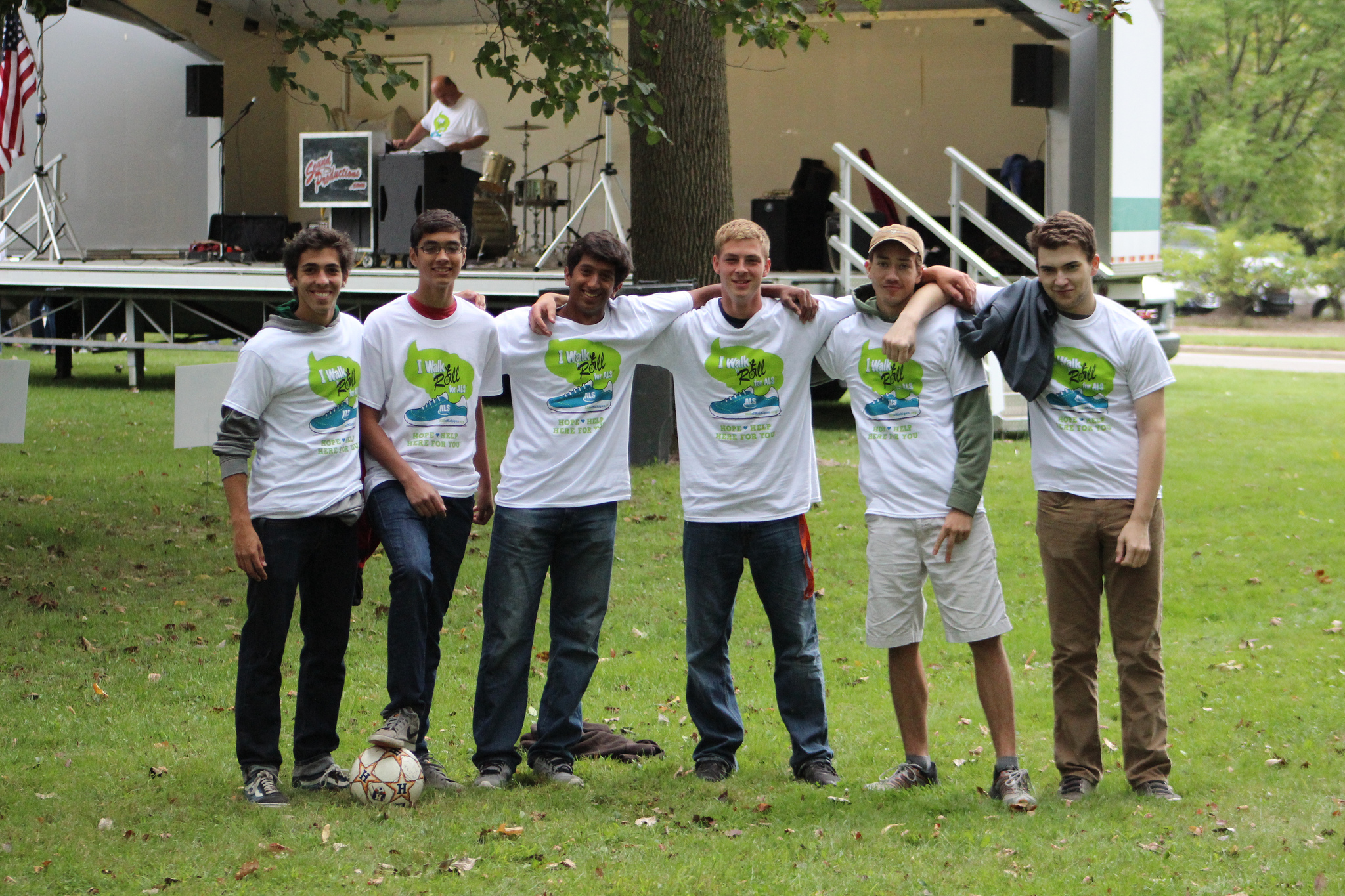 Set-up for the event started at 11:30 a.m. and several DHS students from National Honors Society, Key Club, Cheerleading, Debate and DECA volunteered to help at the event. As walkers were registering, local band Loose Change, with lead singer Abby Drumright, played covers of songs such as “Hit Me With Your Best Shot”, “Let’s Give Them Something To Talk About” as well as an original song called “Ever After”.

Around 1:45 p.m., Sue Burstein, the executive director, spoke on the efforts of PALS (People with ALS) in Michigan as well as a few thankful words for the sponsors. Other speakers included State Senator John Moolenaar who spoke on the heroic efforts of Lou Gehrig. After a prayer and the National Anthem, there was a ribbon cutting ceremony and the walk started, walking to the Tridge and back. The amount of money raised by this walk is unknown as this went online, but the organization has been able to raise a combined $2.8 million in its 13 years of walks.

The efforts of the organization are to improve the lives of those with ALS.

“Our goal is to make living with ALS easier because there is living that goes on with ALS,” Burstein said.