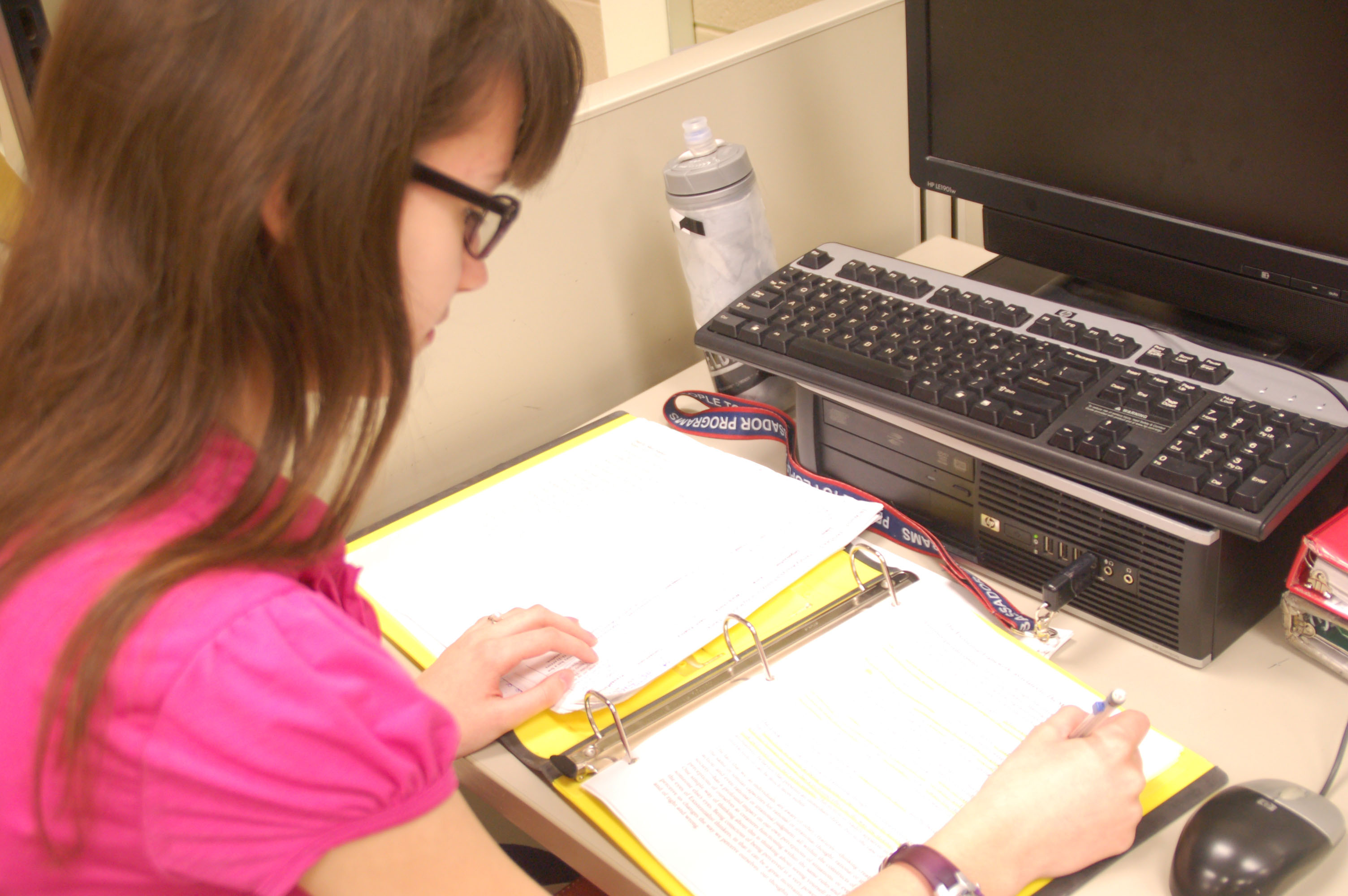 For Mrs. Hechlik’s IB World Lit One class, students have to turn in their IB Written Assignment which is a thesis paper based on one of the three books they read during the second semester. They have had roughly four weeks to work on the paper before turning it in on June 7. Junior Blair Subbaraman who is in the class feels this essay is really good as a part of their exam.

“I mean, I like how you get to spend all the time you want to work on it and that when you turn it in you can say I know I worked really hard on this and feel confident I’m going to get a good grade,” Subbaraman said.

Along with the essay students also have to do a presentation on exam day based on their choice book. The presentation includes presenting key aspects of the book in any way you choose to with your choice book group. Subbaraman also sees benefits in doing this as an exam as well.

“I think it’s a good idea because it really lets students get creative and they are allowed to have fun with it,” Subbaraman said.

However, Subbaraman also sees some negatives to this type of exam.

“I get way more nervous about presenting something to the entire class rather than just sitting in a desk and filling in some bubbles,” Subbaraman said.

Another teacher that is giving a unique exam is Social Studies teacher Emily Grocholski. For her IB History of the Americas class she is giving a two part exam, one part multiple choice and the other a creative writing part. For the creative writing part Grocholski has assigned each student to take the nine different presidents they studied in their last unit (Truman- George H. W. Bush) and take one characteristic they admire from each thus forming the “perfect president”. For the characteristic they choose they have to write why they feel that characteristic is important and they have to show examples of how that president displayed it. Subbaraman who is also in this class prefers to have an exam like this.

“I like that we get to do it out of class because then were not pressured by time. I like it because it’s different because we get to do the picture with the essay and it’s a change of up from the usual exam in the class,” Subbaraman said.

Even though the exam is a take home project there are some attributes of it that Subbaraman doesn’t like.

“It’s longer than any essay we had to write in class because this is going to be about four and a half pages and we wouldn’t write a paper that long in class,” Subbaraman said.

For Spanish Three the exam is broken up into three parts: multiple choice, an oral portion, and a written portion. However the oral and written part are combined into a research type project. For the project each student has to pick a Hispanic holiday do a presentation about it in front of the class for approximately ten minutes. Along with the presentation the students also have to write at least a 300 word paper about the festival. Spanish Three student, Junior Michelle Rogowski, sees values in taking an exam like this.

Another thing Rogowski likes about the exam is that she gets to focus on one thing at a time.

“I like how the actual exam day I only have to take the multiple choice rather than trying to do all three parts in two and a half hours,” Rogowski said.