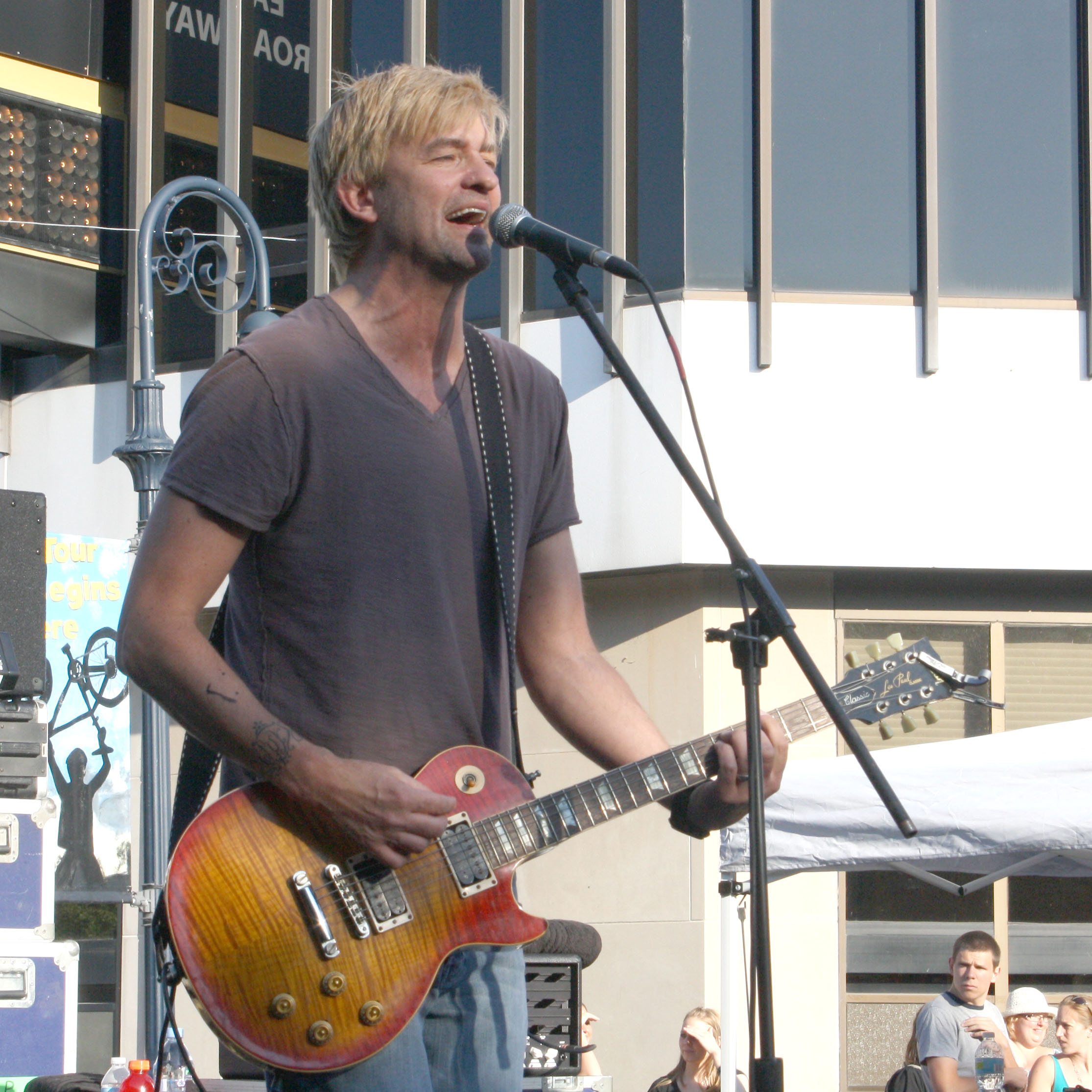 On Friday, Feb. 22, Brian Vander Ark will be performing at the Midland Center of the Arts. Vander Ark is an American singer-songwriter best known as lead singer for the band The Verve Pipe.After leaving the band, Vander Ark expanded from the rock music he had previously been performing. He began to tour and perform solo all over the country. He now has many solo albums, including the one to be performed at the concert, “Magazine”.

“Six years ago when I started to tour alone without The Verve Pipe, it could be really nerve-wracking,” Vander Ark said. “With five people and something goes wrong, then it’s everybody’s problem but alone, the problem is drawn to one person and everyone’s looking at you to see what’s going on.”

Since then, Vander Ark rarely gets nervous onstage and embraces it as one of the greatest aspects of the career.

“I love performing live; I don’t think I could ever give that up,” Vander Ark said. “It satisfies so many things for an artist, encompasses so many different things that mean a lot to me.”

Based in Grand Rapids, Vander Ark has performed all over Michigan, as well as the country. He travels with his family, which consists of his wife, who is also a performer, and three children.

“I take my family with me mostly; I don’t do hardly anything on my own,” Vander Ark said. “I’m miserable when I’m away from my kids, even just overnight.”

Vander Ark will be debuting a new style of music through “Magazine”, singing with more of a bluesy-country-like tone. Many music critics have agreed that the album is “filled with true love, positivity, and renewal” and called it a “sonic beauty”.

One song on the album, “My Little Town”, was co-written with singer/songwriter and actor Jeff Daniels. Vander Ark toured with Daniels in the summer of 2011. They opened the show that had the two them touring in Michigan as well as all over the country.

Along with writing music and performing live, Vander Ark has recently expanded to other aspects of the trade. Vander Ark wrote and recorded the song “Colorful” for the movie “Rockstar”, which Mark Wahlberg lip-synchs on screen. Vander Ark also had a part in the movie, as bass player Ricki Bell.

After starting a family, he began to venture into children’s music, which proved successful.

“At the time, my daughter was two and I wanted to write something with more rocking lyrics that parents could appreciate,” Vander Ark said.  “That’s how it came about; we created music kind of like the Verve Pipe but with more fun or silly lyrics.”

Throughout his career, Vander Ark has been faced with challenges as well as successes. One challenge was that of his parents’ disapproval of his decision to pursue a career in rock-music.

“My mother and father wanted me to sing Christian music, but I didn’t want to,” Vander Ark said. “They’ve since come around and they know I work hard and I’m not on drugs or anything.”

Learning to perform at a young age, Vander Ark plans to keep up writing music and touring over the next few years.

“At this point in my career, it’s all about maintaining,” Vander Ark said. “It’s really trying to perpetuate your life. If I have to get a day job, that’s a problem, although I’ve worked plenty of them. It’s all been about continuing on, trying new things just to stay interesting.”

Not only will he be performing at the upcoming Midland concert, but a series of guest artists will be featured as well. Vander Ark’s wife, Lux Land, as well as others will be interlaced throughout the show.

“We’ve put together a show that’s a variety of different kinds of music,” Vander Ark said. “My wife is more of an alternative country, there are some acts that are more quirky, there’s a pop duo, there’s a lot.”

The show will be held Friday, February 22 at 8 pm in the main auditorium of  MCFTA. Tickets are on sale at the Box Office with prices ranging from $15 to $28.

“I want people to leave the show going, ‘Wow, there was a lot going on, and it was all musical’,” Vander Ark said.