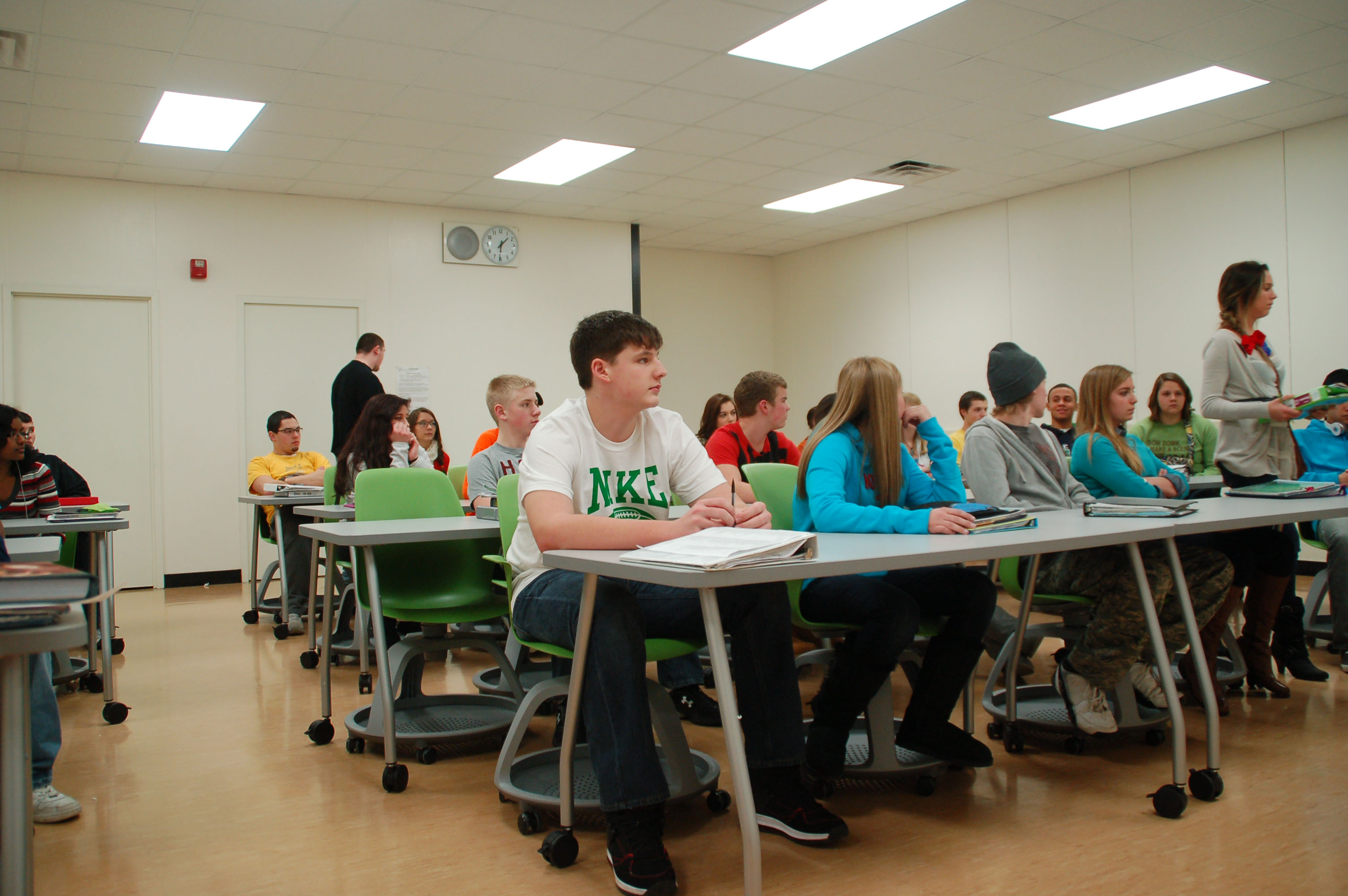 DHS business teacher, Melissa Deboer, had a recent change to her classroom, unlike any other in the school. At the end of the second semester of the 2011-2012 school year, a drawing for $10,000 toward classroom furniture revealed Deboer’s name. With this money, and profits that the Charger Shoppe earned over the years, she was able to fund this change.

“I have money from the Charger Shoppe profit, money over the years that they wanted me to use some of,” Deboer said. “So I thought this is a great opportunity to really design a classroom that I think will work for the kind of classes I teach and for my students, and also help them understand what they’re going to encounter in college, a lot of them, and the business environment. So we started on that premise and we just kind of jumped in and did a lot of research.”

The motivation behind the new furnishing came from Deboer’s observations from over the years that the traditional classroom furniture at DHS didn’t work well with the format of her classes.

“[We] do a lot of group projects and we do a lot of group work in the class, so my classroom really wasn’t conducive to that kind of work,” Deboer said. “It took a long time to put the room back together and then to set it back up several times an hour.”

The added furniture includes moveable desks, moveable chairs and mobile informal seating in the front of the classroom. The items to come include a couch, individual white boards for the sides of each desk and larger white boards that will cover the walls of the entire classroom.

Now, moving around into groups and expressing ideas will be easier for students with this new equipment.

“It’s really important that [the students] are able to get quickly to their groups and not take three minutes to pull desks apart, pull them back together and do that each hour, at the beginning and the end and in the middle sometimes,” Deboer said. “They can now change their seats very quickly, we’re talking seconds.”

Even though only a portion of the furniture arrived over winter break, Deboer believes that the new additions to her classroom have already started to be extremely beneficial to her students for the various things they will do all year long.

“I think the kids are more comfortable,” Deboer said. “I think they pay attention more because they have the freeness of mobility. [This] generation doesn’t like to sit still, so it allows them the opportunity to not have to sit still, not make any noise and still be focused on what’s going on in the class.”

Deboer is excited for the items to come because she believes they will continue to bring value to her classes in many ways.

“The one thing I really like is the whiteboards on the sides because I think that’s going to make a big difference to kids as we get in smaller groups and we can work and they can actually show their ideas,” Deboer said. “I think it’s going to be really exciting once everything’s here.”