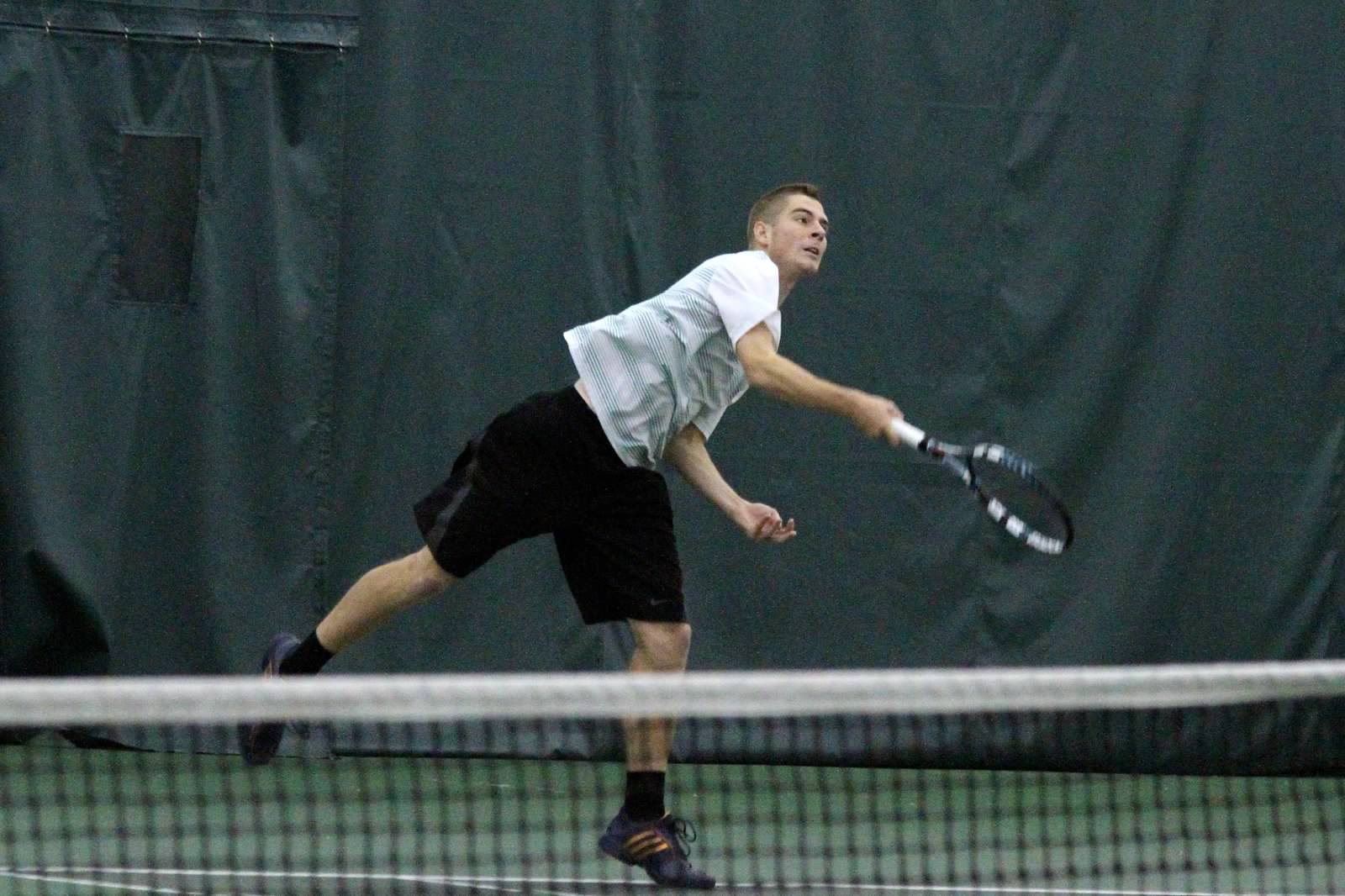 DHS boys varsity tennis team won Division II states for the fourth year in a row in Grand Blanc Sat., Oct. 20. Winning individual flights were No. 2 singles senior Austin Woody, No. 3 singles junior Julian Guerra, No. 4 singles freshman Michael Szabo, No. 1 doubles juniors Vikram Shanker and Jason Chang, No. 3 doubles senior Mark Gorte and junior Patrick Eschbach. Making it to the finals was the No. 2 doubles team senior David Goslin and freshman Colin Angell. Making it to the semifinals were No. 1 singles senior John Templeman and No. 4 doubles seniors David Read and Andrew Camp. The team overall scored 35 out of a possible 40 points for the day, scoring one point for every match won.

Templeman went two sets and lost in the semifinals 6-3 6-0 to the winner of the No. 1 singles flight, Davis Crocker from Kalamazoo Loy Norrix. Woody won in the finals, going 6-2 6-3 against Rob Stevens from Portage Central. Guerra won his final match 6-2 6-2 against Trevor VanderKlok of Portage Central. Szabo won 6-4 6-1 against Justin Minzlaff of Forest Hills Northern.

Shanker and Chang won 6-0 6-3 against Mat Denison and Stan Lassen from Battle Creek Lakeview. Goslin and Angell lost in the finals 6-4 6-4 against Zach Tayler and Griffin Neel from Birmingham Seaholm. Gorte and Eschbach beat Amey Vrudula and Nico Finelli from Forest Hills Central, 6-3 6-1. Read and Camp lost in the semifinals, going three sets with Joey McClure and Matt Gebhardt from Forest Hills Central 4-6,7-6,7-6.

The team was very proud of the weekend overall.