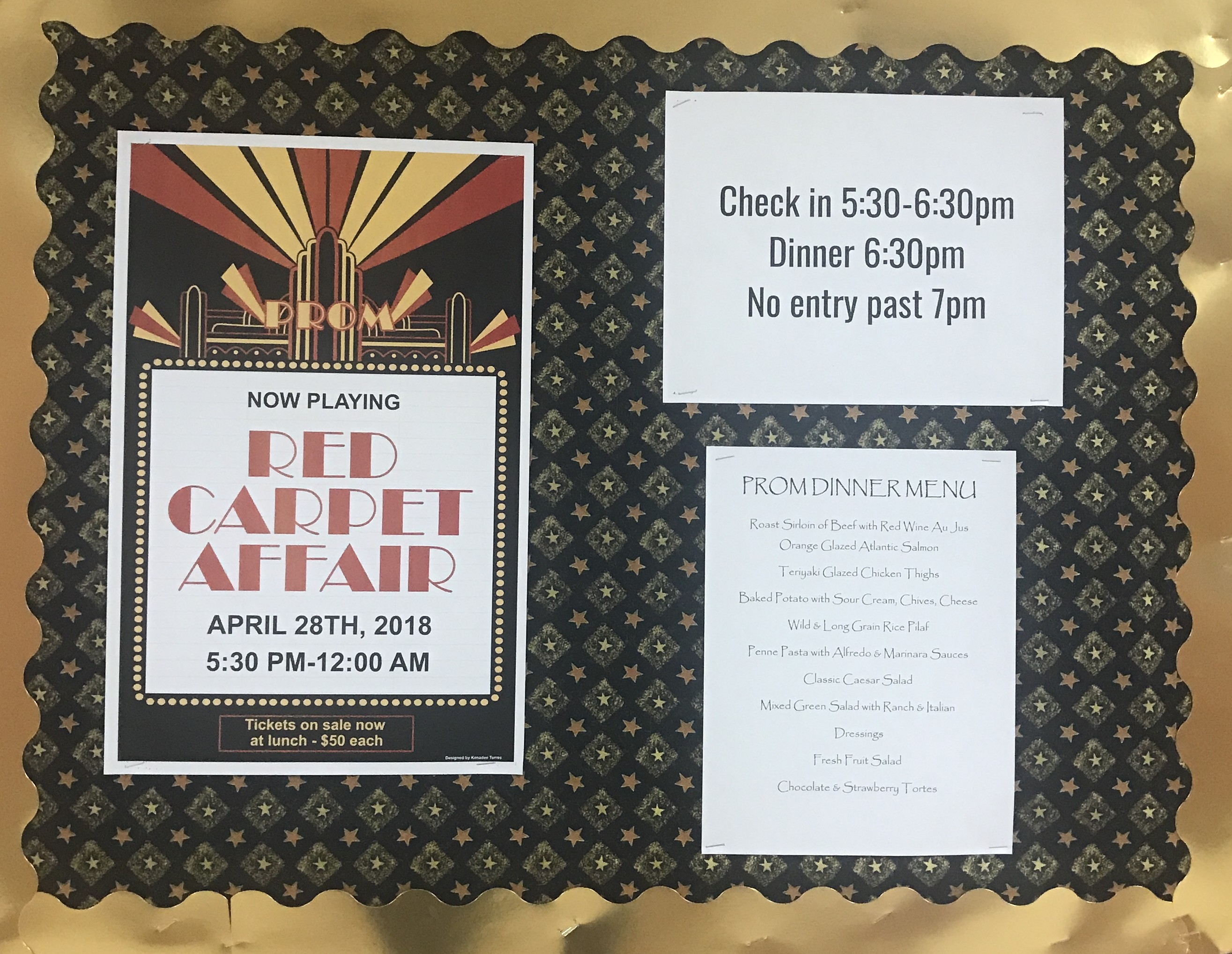 The task of planning prom night may be a little bit easier for the 2017-2018 school year with the provision of dinner when students purchase their prom tickets.

Dinner is included this year because the Great Hall would no longer hold prom without dinner. The Great Hall is in use every weekend and are able to hold large gatherings that generate more money for their business than prom had in previous years.

”After the Great Hall, where we have always held prom in recent years, informed us that we would have to serve dinner to be able to hold prom there, we searched all venues in the area and none were big enough to hold our combined school event,” junior Nicholas Bloom said.

Dinner will be at 6:30 p.m. and consists of an all you can eat buffet including a variety of options such as classic Caesar salads, orange glazed Atlantic salmon, Teriyaki glazed chicken thighs, and more. If a student has any dietary concerns or food allergies, the Great Hall will make accommodations.

The doors will be opening at 5:30 p.m. and closing at 7 p.m.; however, if a student has a conflict that would prohibit them from entering the dance before that time, they can see an administrator to come up with a resolution before the day of the dance, April 28.

According to the Prom 2018 Frequently Asked Questions flyer put out by Student Council, this new way of doing prom offers the secondary benefit that it will be safer for the students driving themselves to the dance.

The DHS/MHS prom organizers have chosen to charge $50 for tickets this year.

”We decided what price to charge based on the price from last year, [which was] $25, and the price we are paying for dinner per student which is around $30 per person,” Bloom said. “So really off of last year’s price it should be $55 now, however we lowered it to $50 which is still a lot lower that many other schools who’s tickets range from $60 to $100.”

Ticket sales begin Monday, March 26, 2018 and end Friday, April 20, 2018 and will be sold during both lunches outside of the cafeteria.