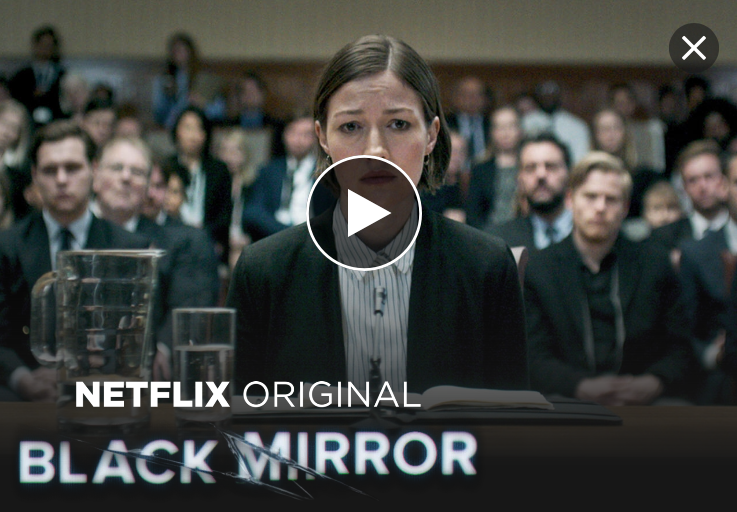 Television shows on Netflix gain publicity based on the aspects that they have. Most of these aspects remain the same throughout the seasons that the show runs. Things like cast, setting, and plot-line rarely ever change between episodes. However, after gaining publicity in October 2016 due to Netflix releasing a third season of the first British run television series, the show Black Mirror proved to be an exception to the same bland plot-lines of many ever basic Netflix shows, sending viewers questioning their own day to day lives.

In the show Black Mirror, each individual episode is different from the rest. With a select non-recurring cast, each episode also has a new set of characters evolving in different settings and time periods. The only recurring theme in all episodes is humanity’s reliance on technology.

In an interview in 2011 with the Guardian, the creator of the show, Charlie Brooker, explained the concept behind the show. “If technology is a drug – and it does feel like a drug – then what, precisely, are the side effects? This area – between delight and discomfort – is where Black Mirror, my new drama series, is set.” The “black mirror” is every screen people see in their day to day lives, whether it’s phones, televisions, or computers, Black Mirror explores the unease of the growth of technology in this century. This relevance to the millennial generation is what has made it so popular for many DHS students. 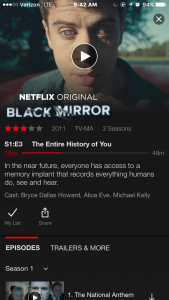 “It really scares me [that some of these things could happen today] because of how much control people can have over you from everything you put about yourself on the internet,” sophomore Reece Leydorf said.

Viewers can relate to the dependence on technology in the show because of how much the internet is used in their periodical lives.

“The Entire History of you [is my favorite episode] because I really like the concepts behind it because it seems like something that could happen,” King said.

This episode takes place in the near future, where everyone has an implant placed in their brain that allows them to re-watch every memory that they have had and to display these memories on any screen. This technology ends up torturing the main character who believes and eventually finds out that his wife has cheated on him. 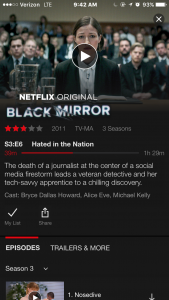 Another very popular episode that also takes place in the future is “Hated by the Nation”. This episode revolves around what seems to be an innovative invention after the extinction of bees to pollinate the world. Small drones are created which have the new ability to take up the bee’s place; they even look like real bees. In the end, however, the drones are able to be hacked, which leads to a worldwide crisis.

“I thought that I could only see technology as getting better for society but after watching Black Mirror I have realized that it is not always good and could be very harmful to us,” junior Michael McNamara said.

With over three seasons of mind boggling episodes, Black Mirror could very well be one of the best shows on Netflix that television viewers should think about binging but also learning a little about how shocking the technology world around them is becoming.

“I think it is a show that everyone needs to think about watching to decide if we are actually almost about to be living in an episode of it,” junior Emi Hunt said.