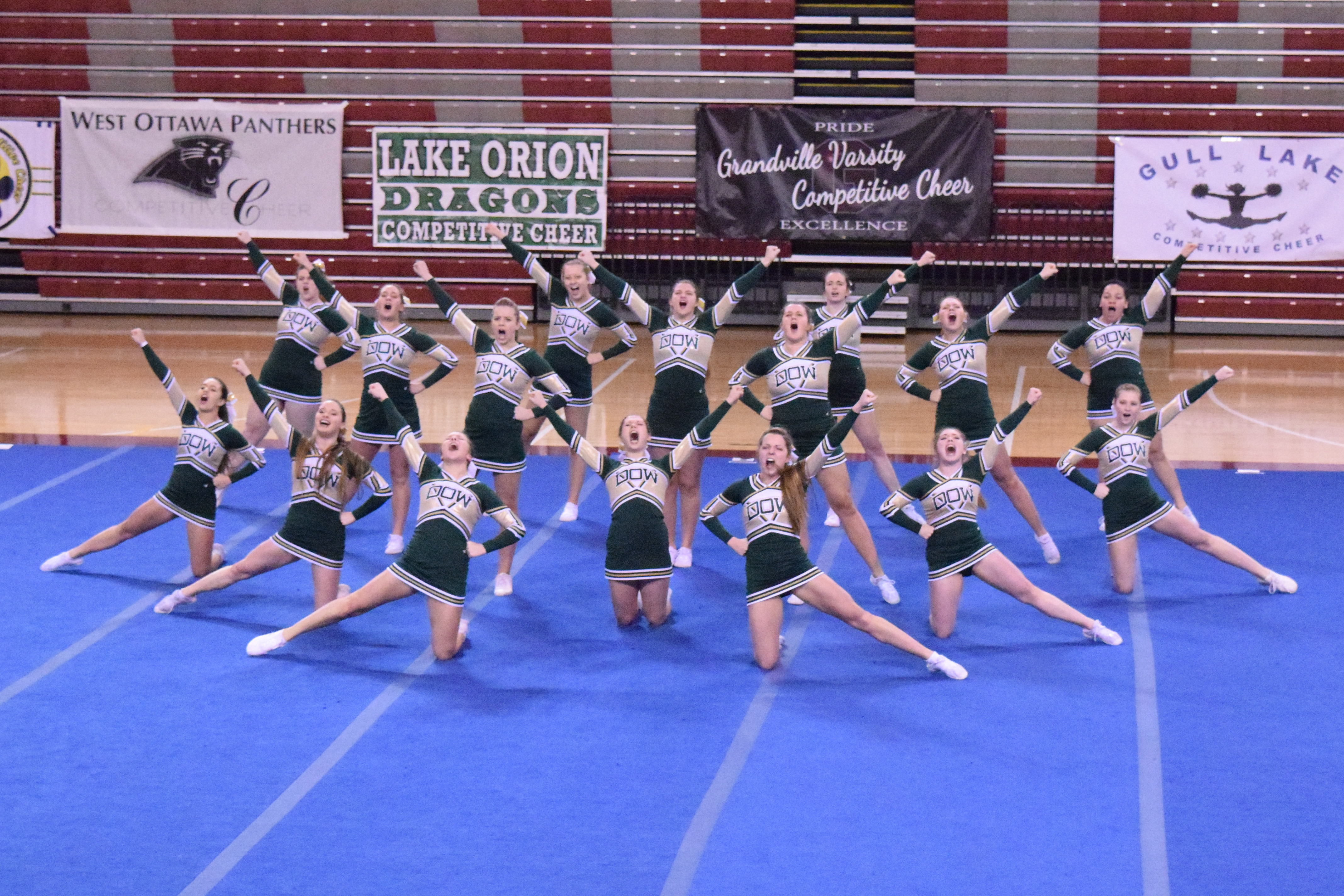 After coming in third place at District Finals on Feb. 20 at St. Johns High School, the DHS varsity cheer team focused their energy toward placing in the top four at Regionals to go onto States. The team fell short of the State competition but ended up placing eighth in the region on Feb. 27 at Muskegon Mona Shores.

The team came in ninth place at the 2015 Regional Competition and it was a very memorable event because it was the third time overall that the DHS varsity cheer team had qualified.

This was the second year in a row that the team qualified for Regionals, but they were a very different team than the year before.

“We’re a better team skill wise,” senior Ali Roethlisberger said. “It’s just a lot more diverse, there’s different people, there’s not a lot of seniors, and last year there were so many seniors.”

Even though the team had a tough road ahead of them at the beginning of the season because of the loss of 12 senior team members, the girls have accomplished many things this season.

“I think the most memorable moment was when we placed third at Districts because we had a rough round three, so we were all very nervous, but then we ended up doing better than we thought we did,” sophomore Jessica Bunnelle said. “It made us all come a lot closer and realize that we had a realistic goal of moving on at regionals.”

Some of the main achievements of the season were when the girls scored over 700 for the first time of the season at the Midland High Invitational. After scoring well their coach rewarded them with new bows as promised. Another big accomplishment was when they stuck 10 back tucks in one round at the Mason Invitational.

“We’re all a lot younger this year and we’ve all gotten a lot closer which is good for the cheer team because next year the majority of our team will still be there and we will only continue to grow closer as a team,” Bunnelle said.

Having a younger variety of members has not only brought new skill to the team, but has brought opportunity for the next few years to have a team with experienced members only making DHS cheer that much better.

“Dow High [cheer] has never made it to States before so it’s a huge goal for us because we’d be the first team ever to do it and make it possible,” Bunnelle said. “Dow cheer has never experienced what it takes to make it to States so it would be a goal for future teams.”