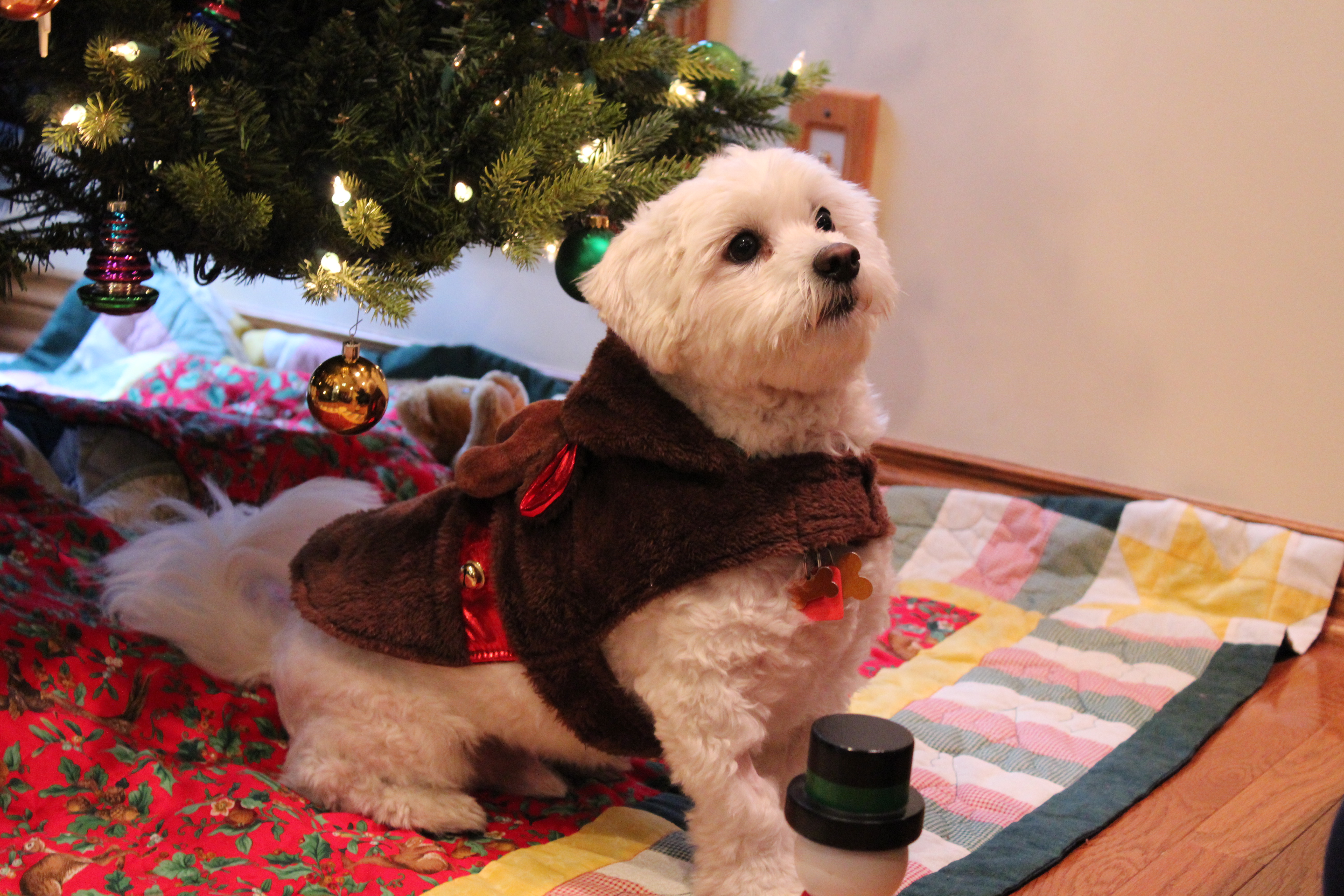 Dressing up is commonly associated with the holidays, and this year the fashion trends are extending to pets. The most common animal costumes are sweaters, scarves, and other winter accessories. Senior Travis Nemeth feels that a reindeer costume is the best way to go.

“I feel dogs are dressed up the best during the Christmas season,” Nemeth said.

During the Christmas season all pets are cute dressed up, but dogs are most seen dressed up as Santa or reindeer. 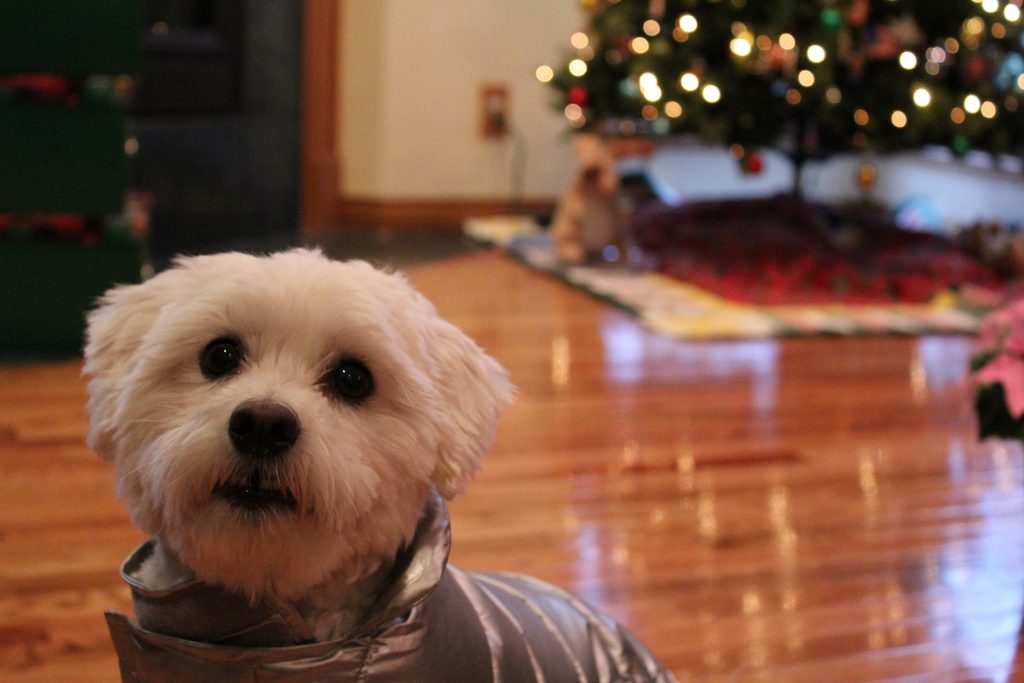 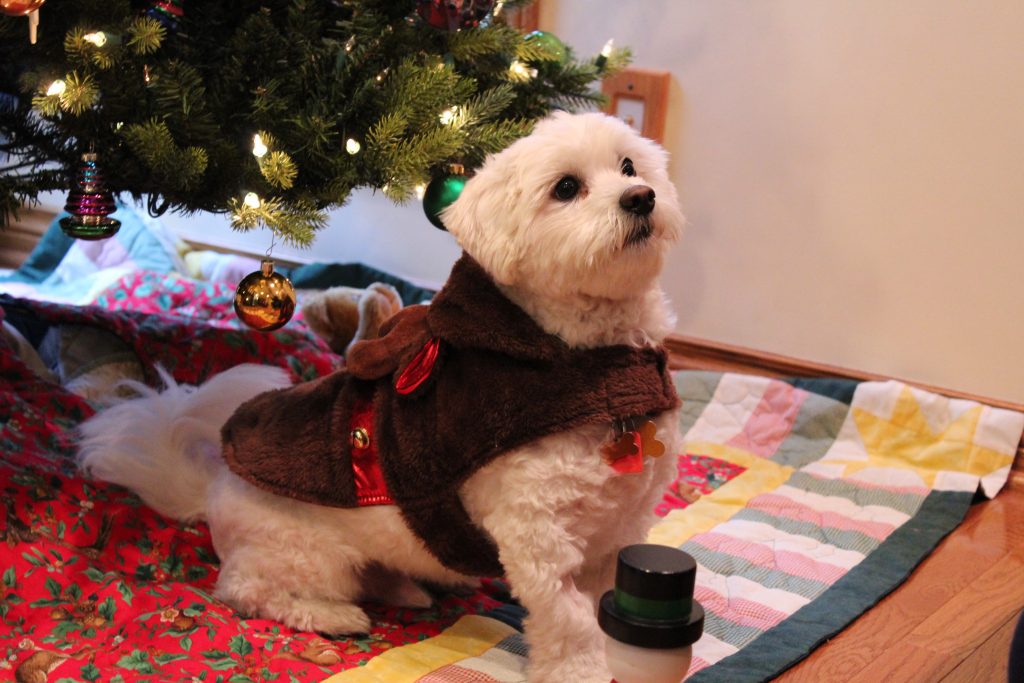 “I don’t think the dogs really like it, but there going to have to deal with it,” Nemeth said.

Dogs are not big fans of being dressed up, Cosmo (pictured) was moving around and trying to take the costume off himself. 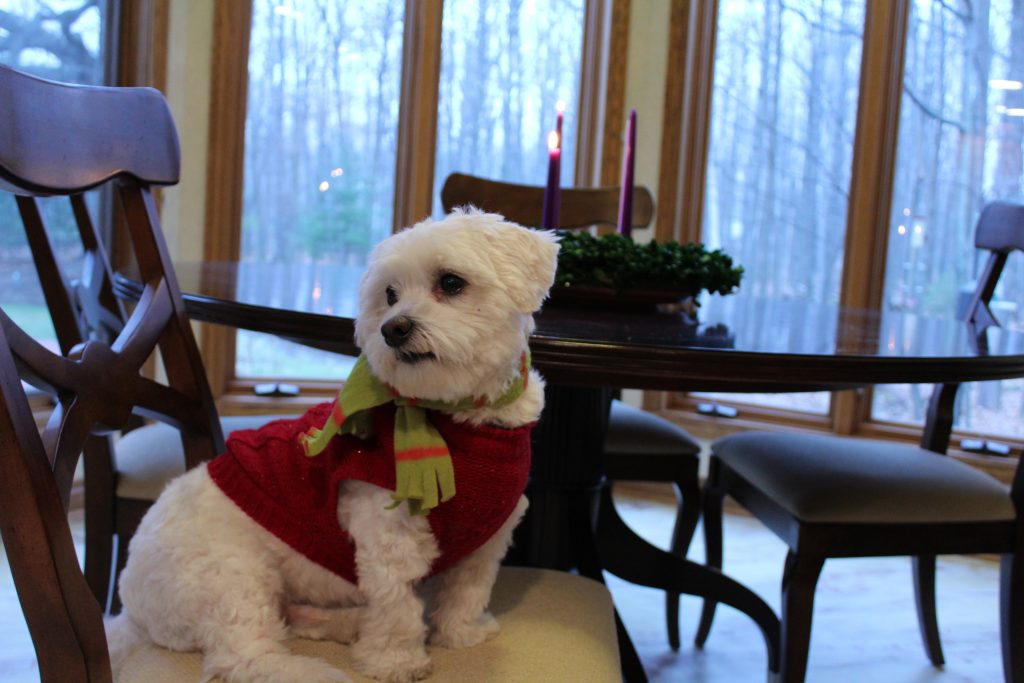 Nemeth believes that moms enjoy dressing up pets more than fathers. He believes that mothers are the ones that want to make the animal look cute, while fathers want them to be manly most of the time.

With all of the new costumes out in stores such as Target, Walmart, Meijer and many more, people are buying new and improved costumes for pets. During the Christmas/holiday season there are many gatherings on Christmas, Christmas Eve, and New years, and there is no better way to show your festivity than to dress up your animal.

Many people debate on which animal is the best dressed up. But a common question is which one costume would look best on a big or small dog.

Some people say that dogs shouldn’t be dressed up because they don’t like it or because the costume is too hot to wear inside. Dogs sometimes try to take off their costume, but the family often wants the pet to keep it on for a day because it is cute and festive, and they will get many compliments when they have guests over during the Christmas season.

“Dogs should just deal with being dressed up for a few days, ” Johnson said. “It’s cool.”

People may say that it is best to dress up their pet for Christmas or New Year’s cards with their family. Usually it’s just the kids, but it’s also a good idea to add the family’s dog to show off its costume and for people to compliment the card and how cute the dog is.

Dress up a pet to make it look festive during the holiday season.