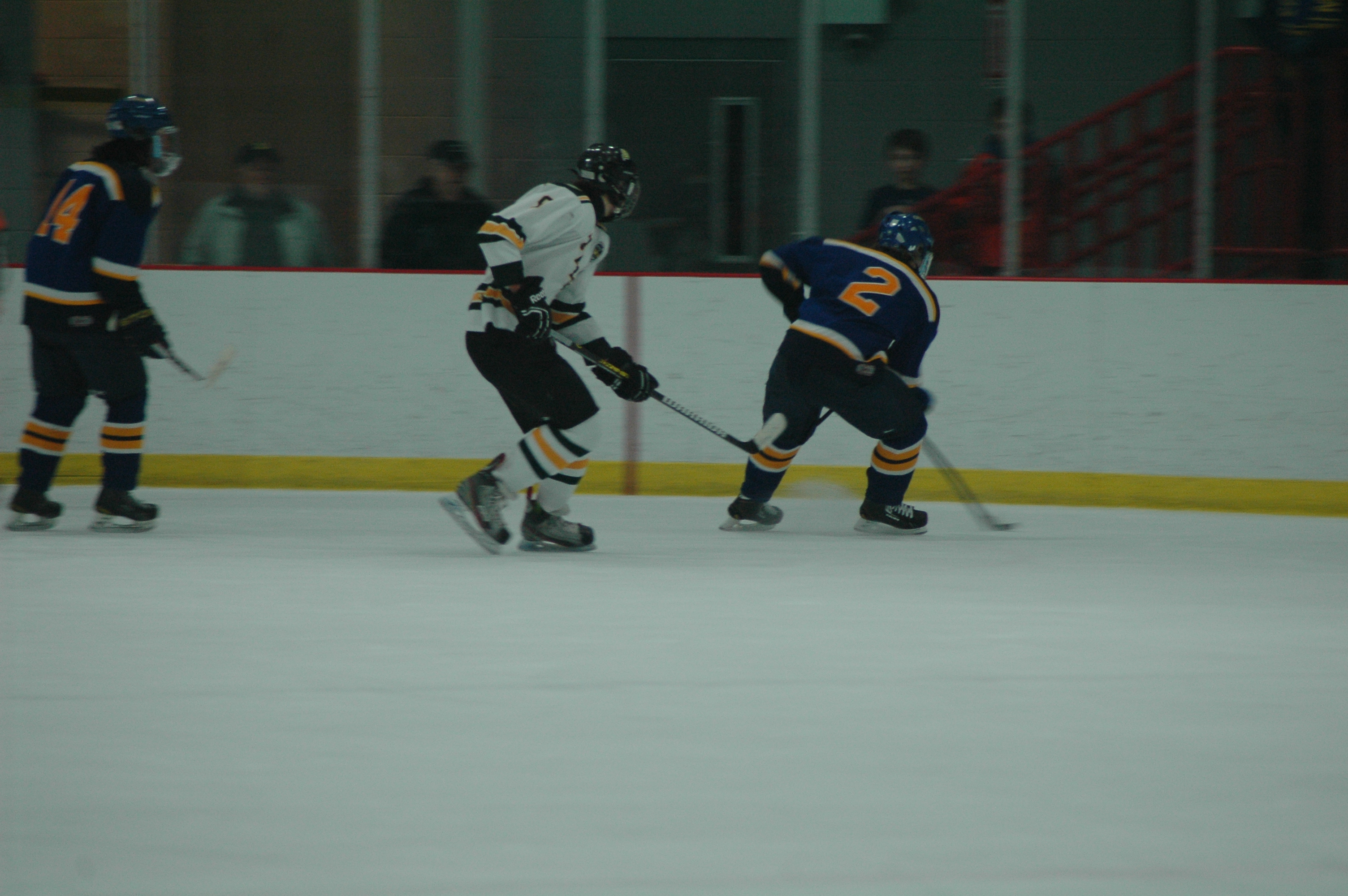 DHS beat MHS in varsity hockey for the first time this year by a score of 4-2. Goals were scored by Junior Nick Sleeper and Junior Travis Nemeth in the first period, Senior Jackson Storer in the second, and Junior Johnny Wilson in the third on an open net. The last time DHS lost in hockey to MHS was the 2012-2013 season. Over 100 students came out to watch the Charger victory and helped energize the team.

“We love when the student section comes out to support us,” Senior Jackson Storer said, “Especially during big games like this, it was awesome to be able to keep the streak going of beating the guys across town.”