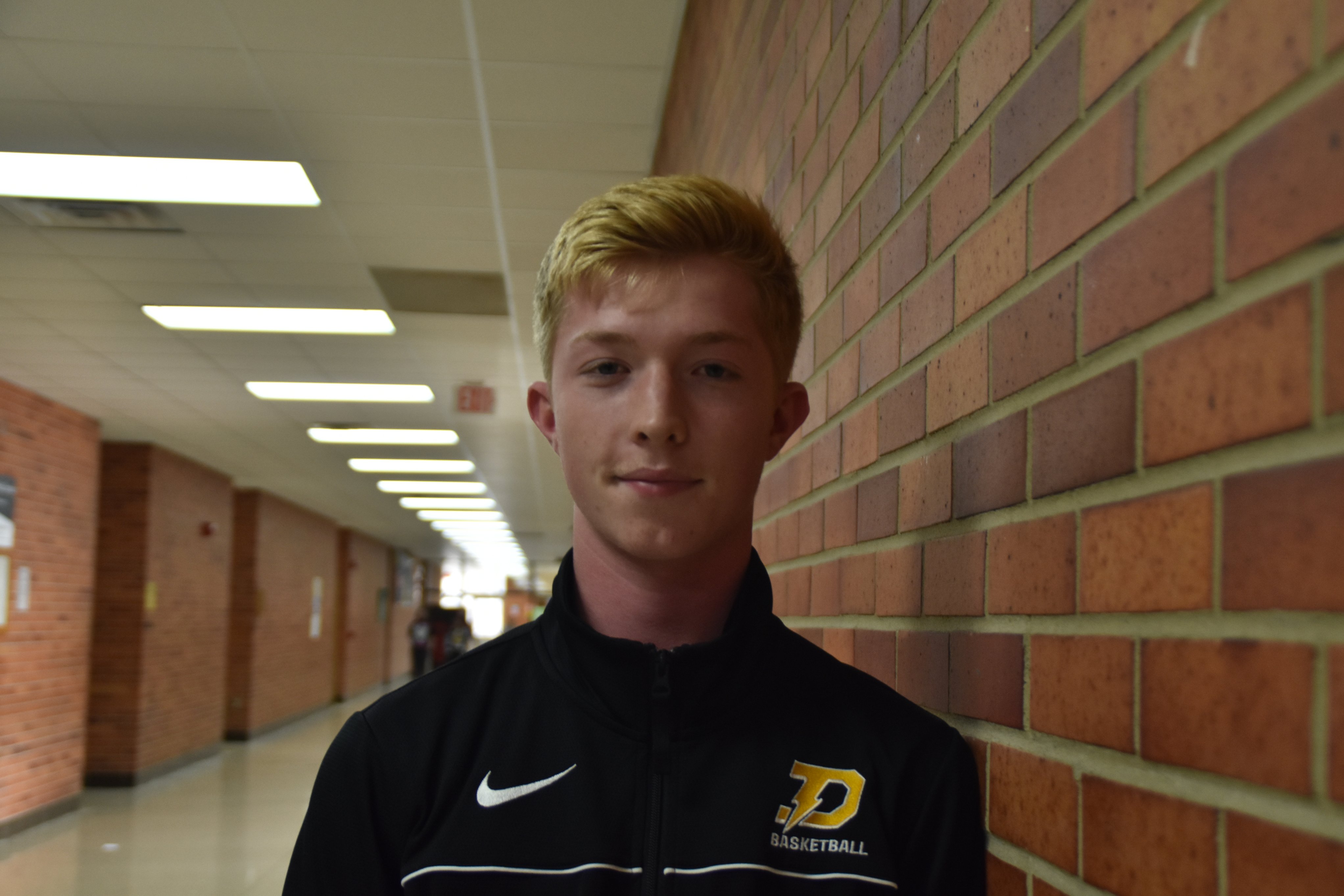 All three boys basketball teams lost away against Lapeer on Jan. 14. Although they played hard fought games, their efforts proved fruitless in the end. The first game of the day, starting at 4:00 p.m., was played by the DHS freshman team. They ended this game with a close score of 58-67. Next up was the JV game starting at 5:30 p.m. The junior varsity game came to a close at a score of 42-65. At the end of the day, 7:00 p.m., the varsity team lost their game 29-51. The varsity record for this season so far is now 3 wins and 5 losses. The JV team has a new season record of 3 wins and 5 losses, where the freshman team is now at 2 wins and 6 losses.

The varsity team has been using their good dynamic to their advantage at games and practices.

“We’re mostly seniors on the team, so it’s just a group of guys that have played together for a long time and like to have fun,” senior Aidan Murphy said.

All three teams play again at home against Bay City Central on Jan. 28.