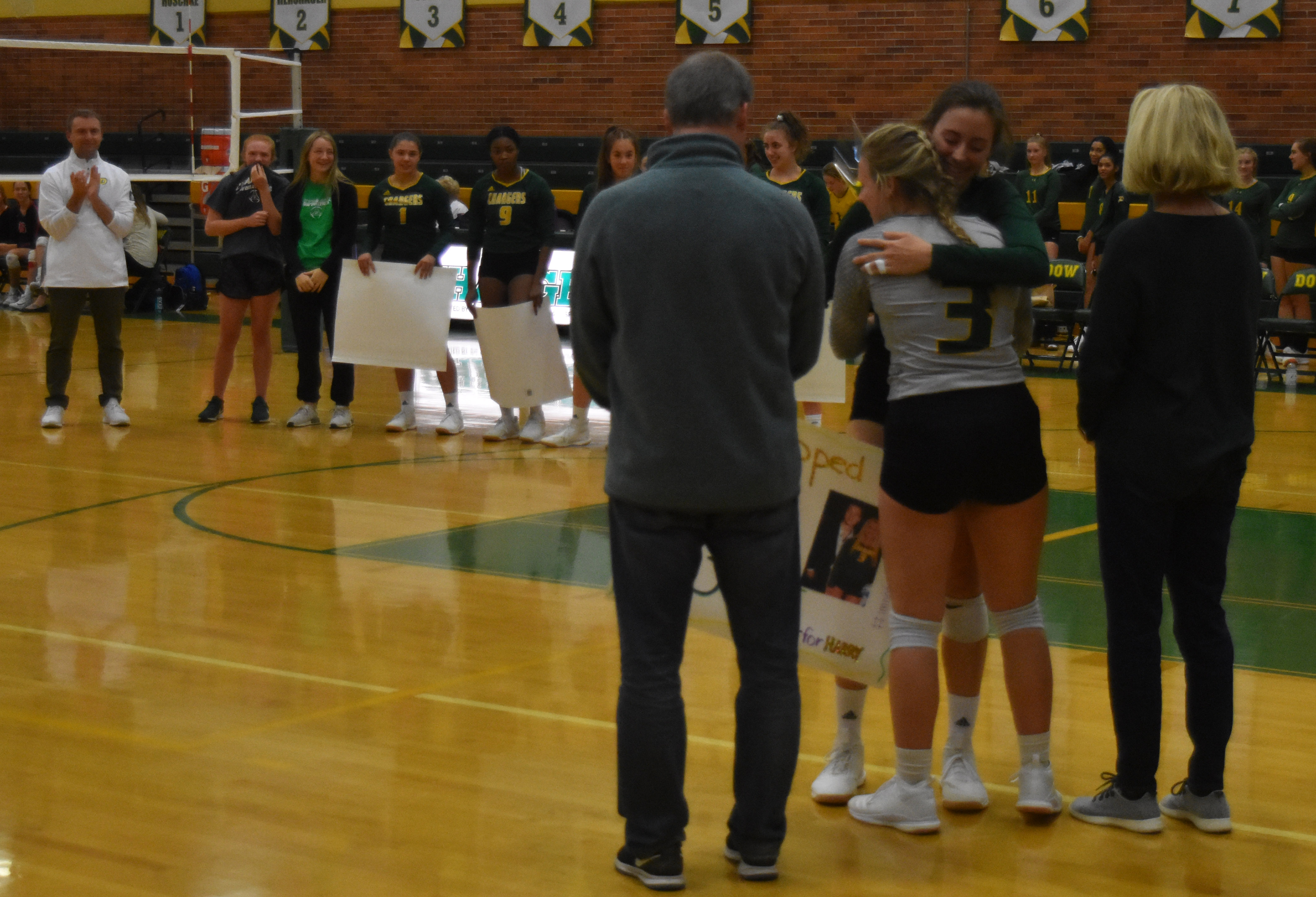 On Oct. 29, the varsity volleyball team held their senior night. This game also signified a Saginaw Valley League Championship. Facing off against Grand Blanc for the third and final time of the season, the Charger’s didn’t look good in this matchup having lost the previous two games. But Dow came out with a win after 5 sets, winning 15-10 in the final set to secure their spot on top of the Saginaw Valley. Senior Jenna Sommers said that game was her favorite of the season.

“We kind of went in as underdogs and then just played to the best we could and ended up with the win,” Sommers said.

This year’s team is connected not only on the court but off of it. Junior Francesca Queary described the bond their whole team felt like a family.

“Hanging out before practice, talking as a team, goofing around and just hanging out, usually in the trainer’s room,” Queary said.

The team will start their playoff run next week after finishing the season off 26-9.