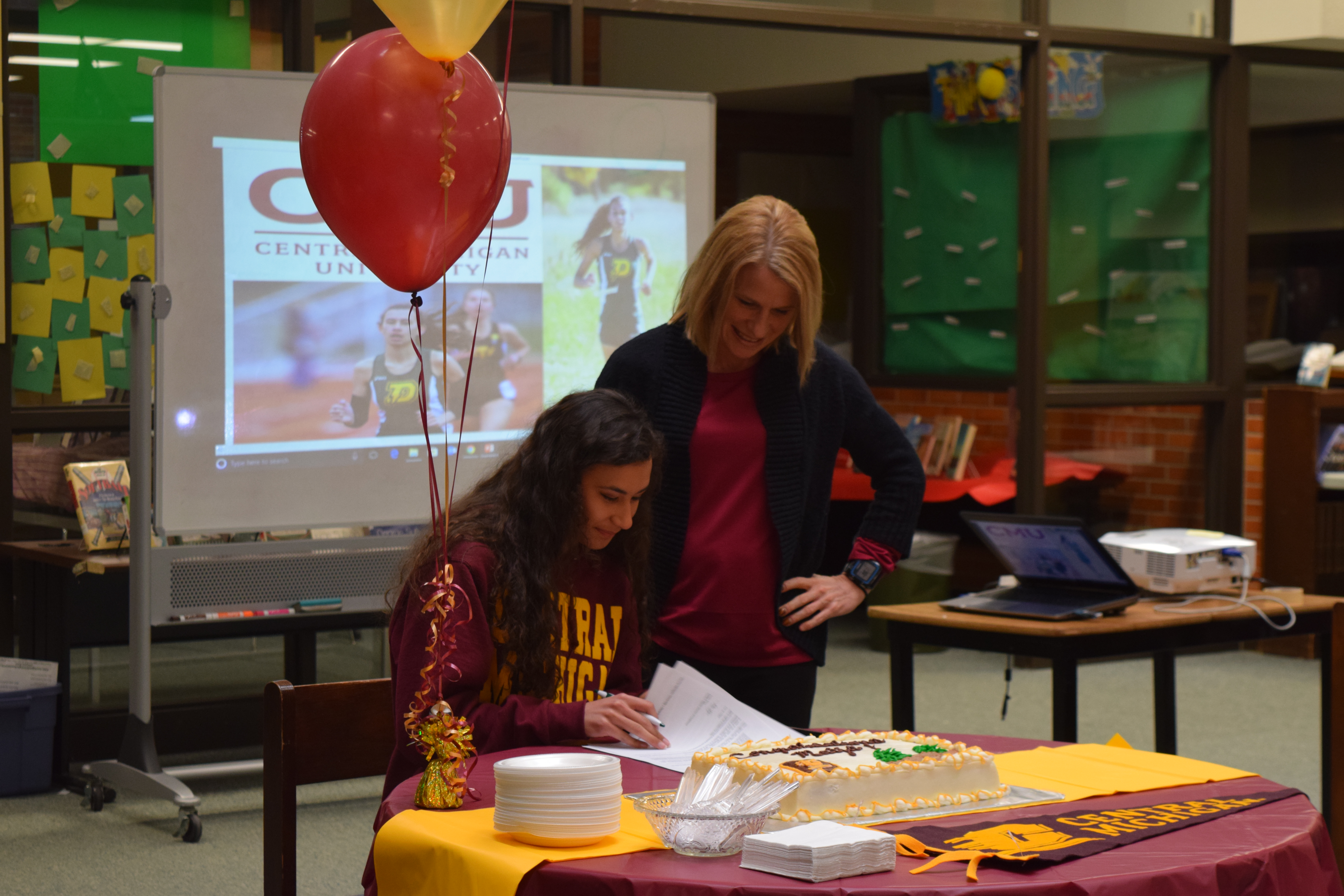 The crisp spring air rushes through the ears of runners as they feel the adrenaline coursing through their breath. Track season has begun.

“Practices are way harder this year,” sophomore Kara Coltson said. “Last year we had a lot of preparation, but this year we just jumped right in.”

These are the feelings of track members as practice ramps up during the spring. This year three new coaches are joining the girls track team to train the athletes and work on the existing program. Assistant coaches Marc Wallace and Ashley Burr, and head coach Maggie Rettelle.

“We’re trying out a lot of new workouts that other people might not be used to,” junior Anna Tucker said. “So as a distance runner I’m doing some workouts that are a lot shorter, faster, like sprinter workouts, which is nice.”

The girls track team has a fresh season ahead of them. Newly hired coaches desire to bring different types of events and training into the track system. As expectations grown beyond what many have known, coaches have expanded their focus to include preparation for distance and field events.

“The addition of field events will be the focus this year, and we have assistant coaches like Marc Wallace,” Rettelle said.

Rettelle brings her vast athletic experience from races like Iron Mans to the field and hopes to see the team grow as much as possible in the time they have during this season. Rettelle has been dubbed “Iron Mag” by fellow athletes, including the track team.

“The main thing is you are more capable than you think you are,” Rettelle said. “Focusing on quality of training versus quantity, making the season fun.”

Rettelle has an extensive background in the mantle of physical education, one that spans six years and counting.

“I really started competitive running when I was 39,” Rettelle said. “I’m a registered dietitian, so I have that background. I’ve also completed Iron Man events, so that’s given me some personal experience with the athletes.”

Rettelle won’t have to go it alone though, assistant coaches Wallace and Burr join her as leaders, and each member of the track team brings something unique to the group.

“I would say [sophomore] Ana Jensen is someone a lot of people look up to, and [senior] Maija Rettelle is really good at keeping a positive attitude with the team,” Tucker said.

the track team moves on to face John Glenn at Carman Ainsworth High School on April 23.

Rettelle hopes that several girls track members will step above and beyond expectations this year to lead the team in the upcoming season. The expectations are high this year even as the program develops and adjusts to having new coaches, exercises, and events. Rettelle sees the raw talent and uses her experience and ability to push the team to prosper.