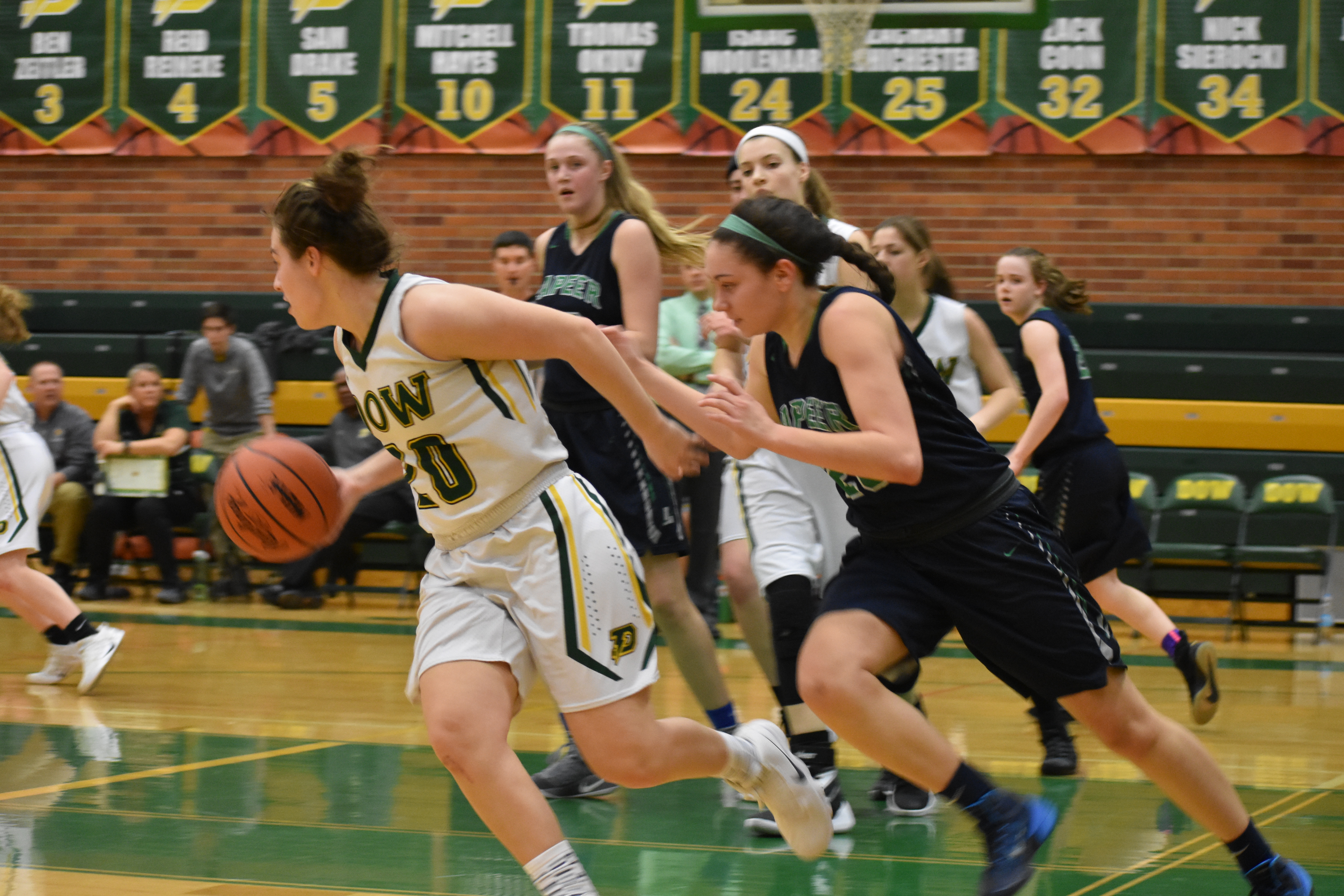 On the first day of summer vacation, junior Maizie Taylor felt something was wrong in her right leg while playing basketball. It was the last game of the day, with only around five minutes left. She was dribbling when she made a cut and fell to the ground.

“I heard it pop and I felt it and right away I pretty much knew that it was a serious injury,” Taylor said.

She had torn her ACL in a scrimmage game against East Lansing. She was there, at Central Michigan, along with her team for a camp when the injury occurred.

“At first, the trainers did not think she tore her ACL, but then an MRI confirmed that she did,” Maizie’s mother Kristen Taylor said.

Right away, Maizie knew the repercussions of this tear. She wouldn’t be able to compete in her AAU travel season. Missing this meant missing a big time for college recruiting. The injury also kept Maizie from playing the first part of her high school season during her junior year.

“In high school, there’s not a lot of players,” coach and teacher Theisen said.

Maizie was playing a starting position on the team and besides two other players, the rest of the varsity team were novices, either freshman or pulled up from JV. She describes the worst part as the frustration of not being to play.

“I was in physical therapy for about five to six months, and I’d go two to three days a week at six in the morning,” Maizie said.

Although the early mornings and activities were strenuous, Maizie acknowledges she’s gained an edge in her strength, both bodily and mentally.

“Looking back at it, I’m probably physically stronger than I was before,” Maizie said.

Going to every game, spending a lot of time on the sidelines showed her a new point of view, something she had never really seen before, especially after playing basketball nonstop since elementary school.

“I had a lot of time from the sideline to get to see the game from a new perspective that you don’t get when you’re playing,” Maizie said.

Reflecting on her injury and the experience that followed, Maizie’s advice towards anyone encountering a similar feat is honest yet optimistic.

“It can seem like you can’t do it, but the time does go by faster than you think,” Maizie said. “If you do your therapy and listen to your doctors, and don’t rush anything, that’s how you should do it.”

Mazie, who still goes to physical therapy less frequently (and has been for the past eight months), has faced this advercity with a vital sense of pererverence.

The recovery process was long and painful, and the time spent not playing with her team was new and difficult, but what Maizie learned off the court was quite literally, just what the doctor ordered.