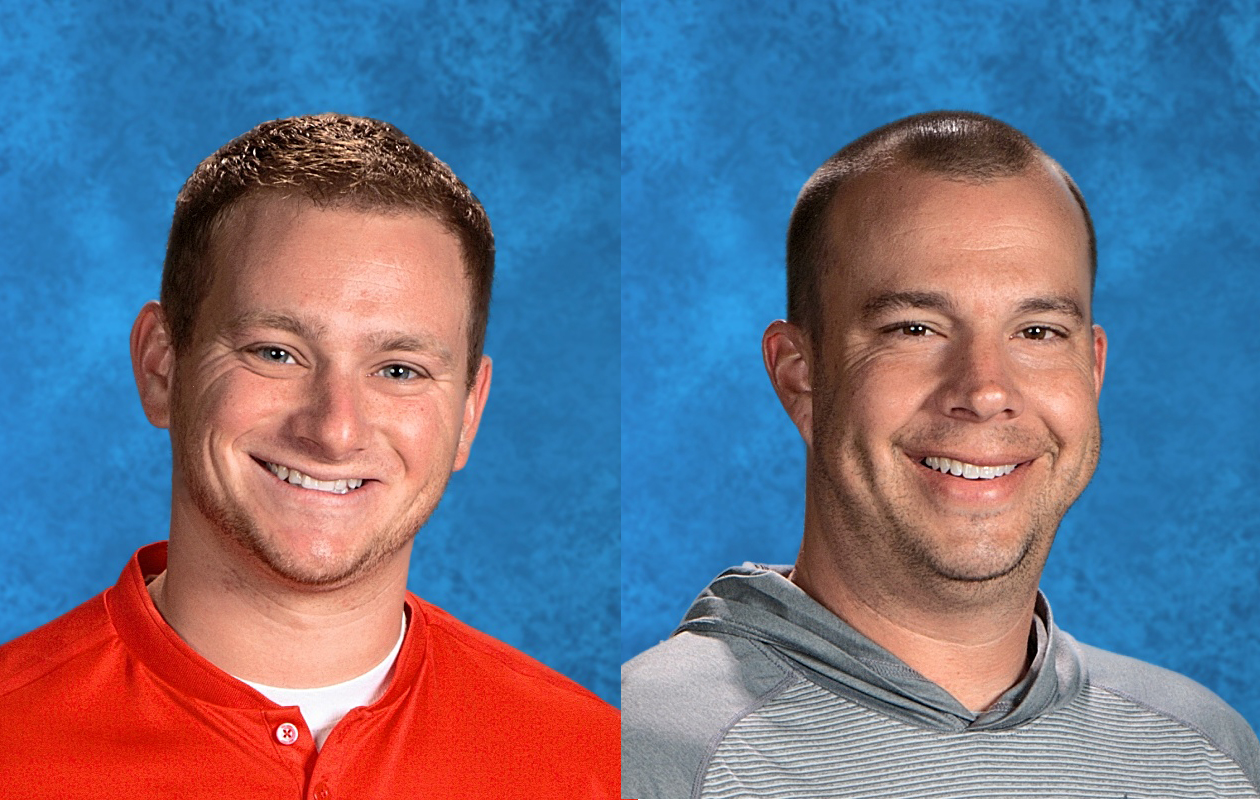 Coach Douglas Bradford stands under the awning at Mid-Michigan Golf Center with his winter coat zipped all the way and a winter hat covering most of his head. As he observes a golfer trying out for the team, he keeps his hands hidden in his pockets to avoid the cold. A chilly breeze leaves a nip in the air. He turns and talks to the JV coaches and they all have a smile on their faces, despite the dreary weather.

Although the spring sports season starts on March 12, Mother Nature is not always too empathetic. This makes it difficult for sports like golf to hold their tryouts and for coaches to evaluate the athletes’ skills. However, thanks to the Mid-Michigan Golf Center’s heated range, the varsity boys golf team is able to hold their tryouts.

After college, Bradford began golfing with some basketball coaches he knew and golfed almost every day over the summers. Coach Mark Pickering is stepping down from the varsity coach position this year. As a 20-year JV boys golf coach and an 8-year varsity girls golf coach, it made sense for Bradford to step into the new role available in the boys golf program.

Although Bradford now has the reins of the program, he doesn’t plan on changing a whole lot.

“Mr. Pickering had a really really successful program for years and years,” Bradford said. “Hopefully we just continue to do basically the same stuff. I’ll look to Coach Pickering for a lot of guidance like I always have.”

Bradford isn’t too nervous for the season, as he is coming into the role with a seasoned veteran attitude. One thing he is excited about is to see is how his players grow.

Lacking a JV coach, Bradford began to search for a qualified candidate for the job and found two. There are new faces to the JV coaching staff. Coaches Alex Karapas and Matthew Schurman will be co-coaching the JV team for the forthcoming season and both have plenty of experience.

Karapas has never coached golf but has plenty of experience playing. After playing baseball most of his life, he picked up golf his senior year of high school. Continuing his love for the game in college, he walked onto the golf team his junior year at Alma College. After college, Karapas stopped playing competitively but continues to enjoy the game of golf today, both the ups and the downs.

“I continued to play a lot and still try to play as much as I can,” Karapas said. “My putting isn’t the best. In college, I tried to bogey golf, but now if I shoot bogey golf I’m mad.”

Karapas is a familiar and active face, coaching for the JV football team this fall and the freshman basketball team this winter along with being a supervisor for many clubs and activities through the school.

Coaching golf will be a new challenge, but Karapas is excited for the opportunity to reach out to more students and learn along the way as well.

“Mr. Bradford runs a really good program so my goal is to learn from him and learn what it takes to run a successful program,” Karapas said. “I’m excited to be out there with the kids and show them what I can and make golf fun and competitive for the kids.”

Schurman has an interesting golfing resume as well. Although he did not play in high school or college, he coached the golf team at his former school, Thunderbird High School in Phoenix, Arizona. During his two-year tenure, Schurman led his team to a state championship in his first year and placed fourth in the state his second year as coach.

“I really just like working with the kids and being around the kids and having a good time,” Schurman said. “Watching them grow as athletes is always a bonus.”

Along with helping kids grow as student-athletes, Schurman is excited to work and coach with Karapas. Although both are relatively new faces, this will not be the first time the two have worked together either.

“We get along great,” Schurman said. “We coached basketball together so we kind of bounce ideas off each other and we have a lot of fun together.”

Many of the returning players are sad to see their former coach go, but they are looking forward to learning directly from Bradford and to see what he has to offer.

“I’ve played with Bradford quite a bit because he was the JV coach,” senior Tyler Rey said. “I know he’s going to step into that leadership role very well.”

Anthony Zeitler is also looking forward to another impressive season of his own. After making the varsity team as a freshman, Zeitler consistently scored well and placed 44th overall and second among freshmen at the regional tournament last year with a score of 88.

Zeitler believes the two new JV coaches will affect the program in a positive way immediately, both with their fun demeanor and qualifications.

“That’ll make it so much more fun,” Zeitler said. “Karapas is very energetic and Schurman is just fun to be around. Karapas played college golf and Schurman has a high school championship under his belt.”

Despite all the big changes to the scope of the team this year, many of the players still have the same goals as previous years. Some players are setting the bar high, hoping to challenge themselves and their teammates.

“We just want to try and compete at the highest level we can and we will shoot for states and see what we can do,” Rey said.