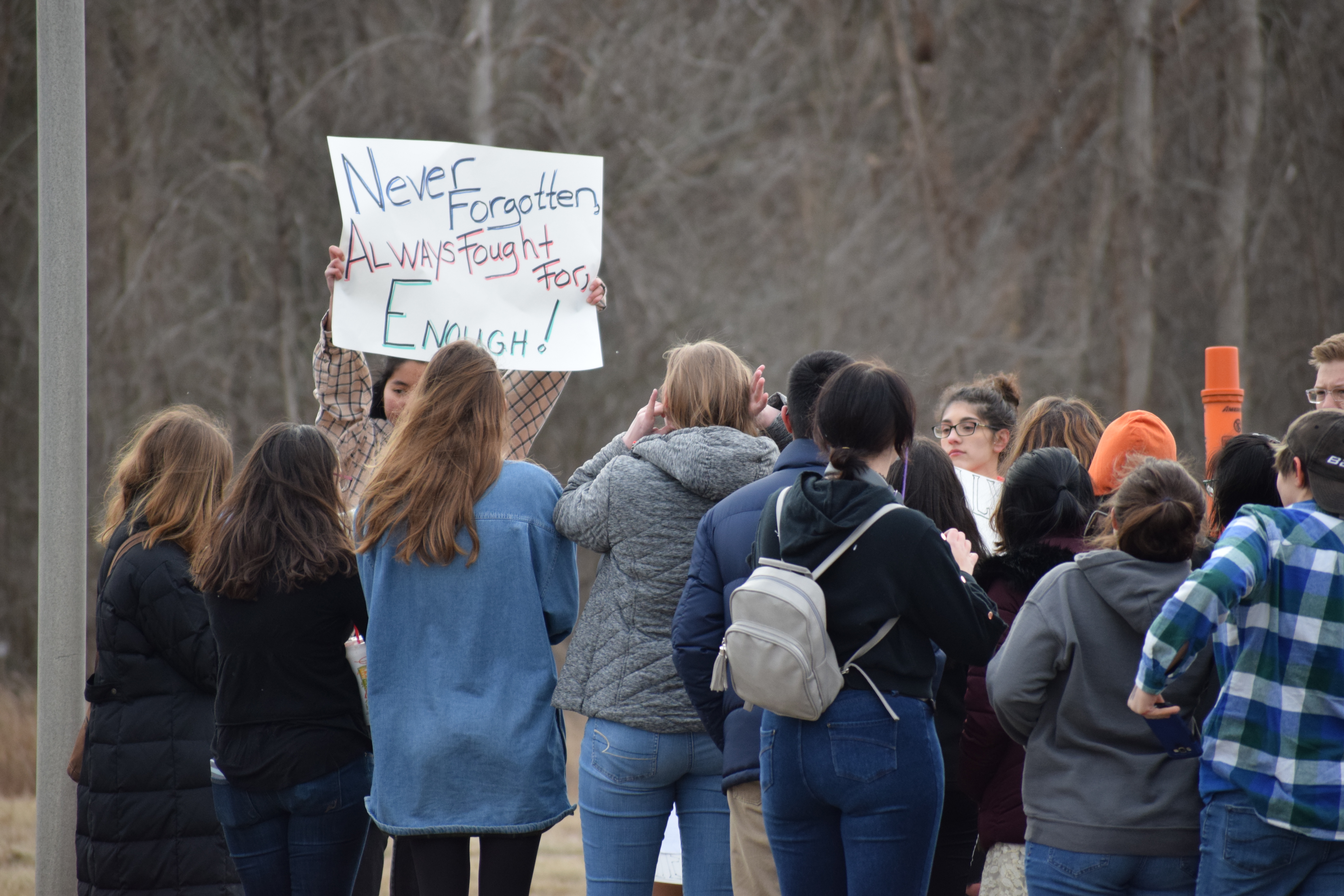 One month after a gunman opened fire on Marjory Stoneman Douglas High School in Parkland, Florida where 15 students and two staff members were killed, students walked out of schools in protest. On Wednesday, March 14, students from all over the country participated in a walkout to protest and to remember the 17 people who died in the massacre and to address the changes they want Congress to make regarding gun control laws. Around 150 DHS students joined the movement and took part in the walkout.

“I thought it went great,” senior Duncan Donahue said. “I was really pleased to see the number of people participating, especially walking outside, because I personally felt that was an important part of the message as opposed to hiding away in the gym. This gave us a chance to make a more public statement because a lot of people saw it as they were driving by and there was a lot of press coverage.”

Junior Aria Segura was the organizer of the protest and led the students outside to their meeting place.

“I worked with the MHS student leaders who were also involved, and we got on the same page about what we wanted to do,” Segura said. “We helped each other with technical details. It was really a lot of advertising, and we had to talk with administration some and kind of let them know what was going on.”

Sophomore Irshad Husain chose to participate from across Saginaw Rd., not on school property.

“The school told us we had to stay on school grounds, and for some reason, everyone actually listened,” Husain said. “If we let the school dictate what we are going to do it’s kind of pointless. I just stayed there and sat there on the other side of the street even though they told me I should go back to their side.”

Although a majority of the student protesters contributed to the walkout, MPS administration also offered the students the alternative of staying in the gold gym and writing letters to those in Parkland.