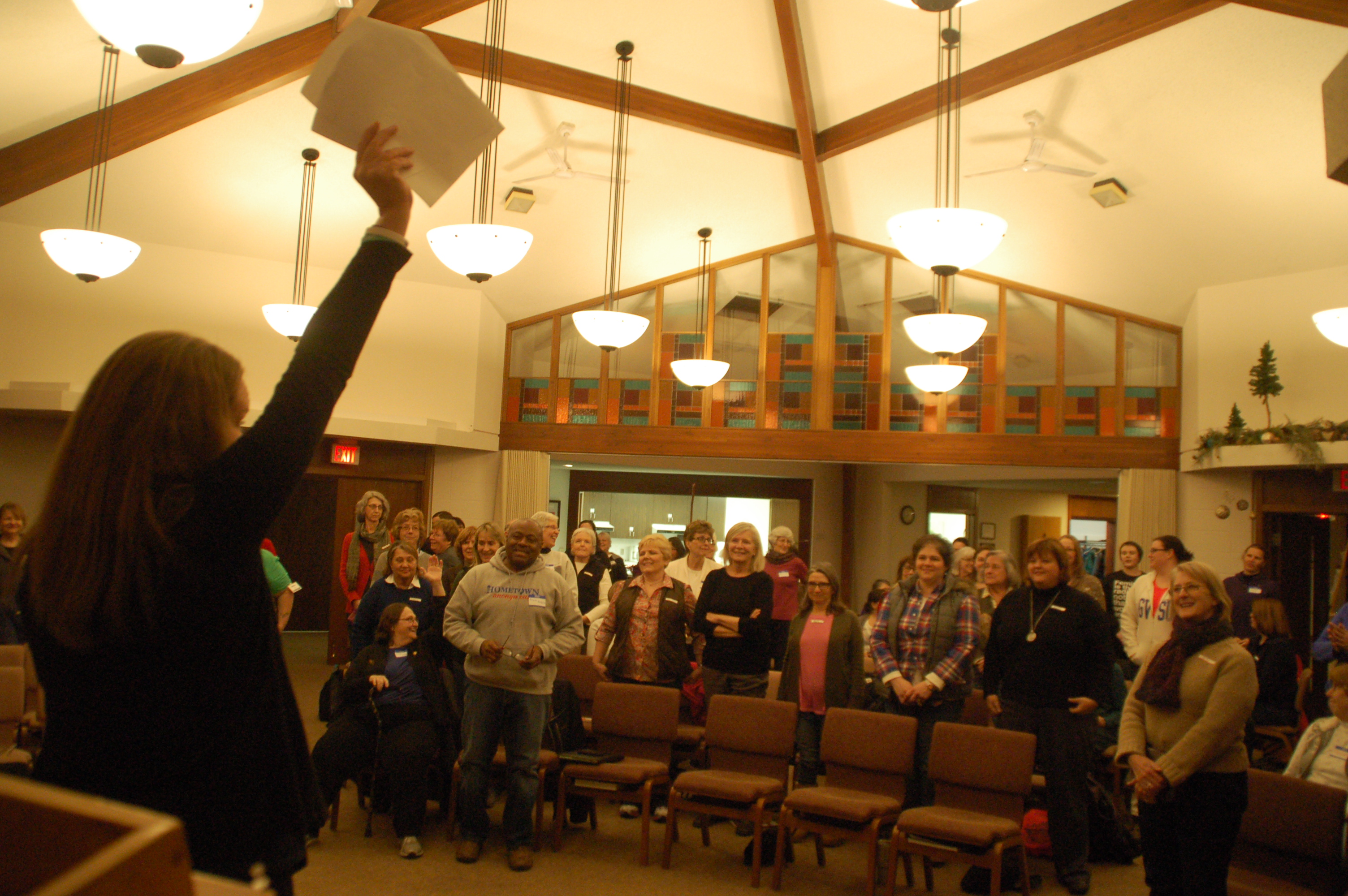 Since the Women’s March on Washington and its Sister March in Midland, Mich. on Jan. 21, the Woman of Midland Action Network (W.O.M.A.N) organization has made progress on issues that are important to the group.

“The W.O.M.A.N organization ultimately has a goal of continuing to support and advance civil and human rights, equal opportunity for all, and compassionate policy,” co-founder Jen Ciolino said. “We believe that people matter, community matters, and there are a lot of problems that face us and we want to work together to solve those problems in compassionate ways.”

By creating 10 local actions for the organization to execute in 100 days, the group can continue its momentum. Each action has action captains that dedicate their energy into a specific issue.

“The march in January people thought, ‘What’s one march going to do?’ and I agree there’s a bigger picture,” Ciolino said. “We are here to stay.”

Here are the 10 actions that W.O.M.A.N is planning on executing in the next 100 days and their current status:

Daily actions consist of a simple action such as a phone call to a representative or community leader, writing a letter, or self-care that each member executes each day. Self-care can include spending time with family or alone. Ciolino expresses the importance of taking actions step by step.

“This is not a single event activity, we use the analogy ‘it’s a marathon, not a sprint,’” Ciolino said.

W.O.M.A.N has worked with the League of Women Voters of the Midland Area, the Indivisible group from Mount Pleasant, and the Islamic Center of Midland. This includes the participation in a “Building Bridges Panel” about diversity and faith that took place on Feb. 5.

Point protests are rallies and marches that are based on a specific issue. On March 7, 41 members of W.O.M.A.N attended a last minute rally in downtown Midland, Mich. to protest the defunding of Planned Parenthood that had been proposed in a part of the replacement plan of Affordable Healthcare Act or the American Health Care Act. The event was planned by 3 p.m. in immediate reaction to the news and began at 5:30 pm.

“That shows how quickly we are able to mobilize if we need to,” Ciolino said. “To have 40 people show up for a public protest with a two and a half hour notice speaks to the strength of our numbers and our commitment to action.”

Future marches include the March for Science that will be on Earth Day.

“Marching is just one part of our strategy,” Ciolino said. “Marching raises visibility and awareness of the issue. It’s easy to ignore an individual calling on the phone, it’s pretty hard to ignore 40, 60, 80, 100, 1000 people showing up with signs.”

Representatives and Congressmen often have office hours or listening events that serve as a place for citizens to express their issues. W.O.M.A.N has attended public office hours for Rep. Gary Glenn and Senator Jim Stamas. Rep. John Moolenaar had not provided an open voter forum in a time and place that W.O.M.A.N felt was convenient for those living in Midland. After a number of requests that had gone ignored, on Feb. 23 around 60 of the members showed up at Moolenaar’s office demanding to schedule meeting. Though Moolenaar had told the media that he had already scheduled a meeting with W.O.M.A.N, he has in fact only made an offer.

“We are going to be demanding that our voices are heard,” Ciolino said.

W.O.M.A.N has met with Moolenaar, Glenn, and Stamas on separate occasions.

Around 30 members of W.O.M.A.N also met with Glenn during his advertised public office hours on Feb. 3.

“That meeting was very pretentious, not from the W.O.M.A.N members who came very informed and have worked on their questions before they got to the meeting but we really felt that Glenn was hostile,” Ciolino said.

After the meeting, Glenn addressed a few of the issues on his personal Facebook account. He criticized W.O.M.A.N for not understanding the purpose of public office hours being for individuals with personal issues with the state department who have been unable to communicate their problems any other time. He felt that the group was not understanding of his point of views.

Glenn suggested making private donations to Planned Parenthood instead of having state funding go towards the organization. W.O.M.A.N has since raised over 1,000 dollars that will be donated April 1 in Glenn’s name.

On Feb. 24 the group and Moolenaar had a long meeting discussing many of issues that W.O.M.A.N had.

When 12 members of the group met with Stamas, they had a completely different experience.

“Even if we didn’t agree on some of the issues that conversation never reached a point of contentiousness the way it did a few times with Moolenaar and Glenn,” Ciolino said. “Those times are a reflection of those people, not who we are or how we showed up. We showed up the same for all three and got very different reactions for all three. Everyone enjoyed the conversation [with Stamas] and that it was truly an open dialogue and sharing of perspectives. It was a very positive experience even though there’s certainly some differences about how we think we can solve some of the issues.”

This action is still in the identification phase. No decisive progress had been made on this issue yet.

There are future meetings that are on some members’ schedules. There hasn’t been much reported progress on this action yet.

W.O.M.A.N has begun to work with the Shelter House because of its alignment of values. It is focused on helping the women of Midland county and the ability to volunteer and help fund the organization.

A sanctuary city is an unofficial term for a city that allows protection of undocumented immigrants from deportation. This can prohibit local officials from demanding immigration state or enforcing the federal immigration laws that use city or state tax money. The W.O.M.A.N organization has not reported a lot of progress on this issue yet.

Performance protests include creative ways to express an emotion or ideal that the group holds. These include a planned public reading of 1984 and a flash mob.