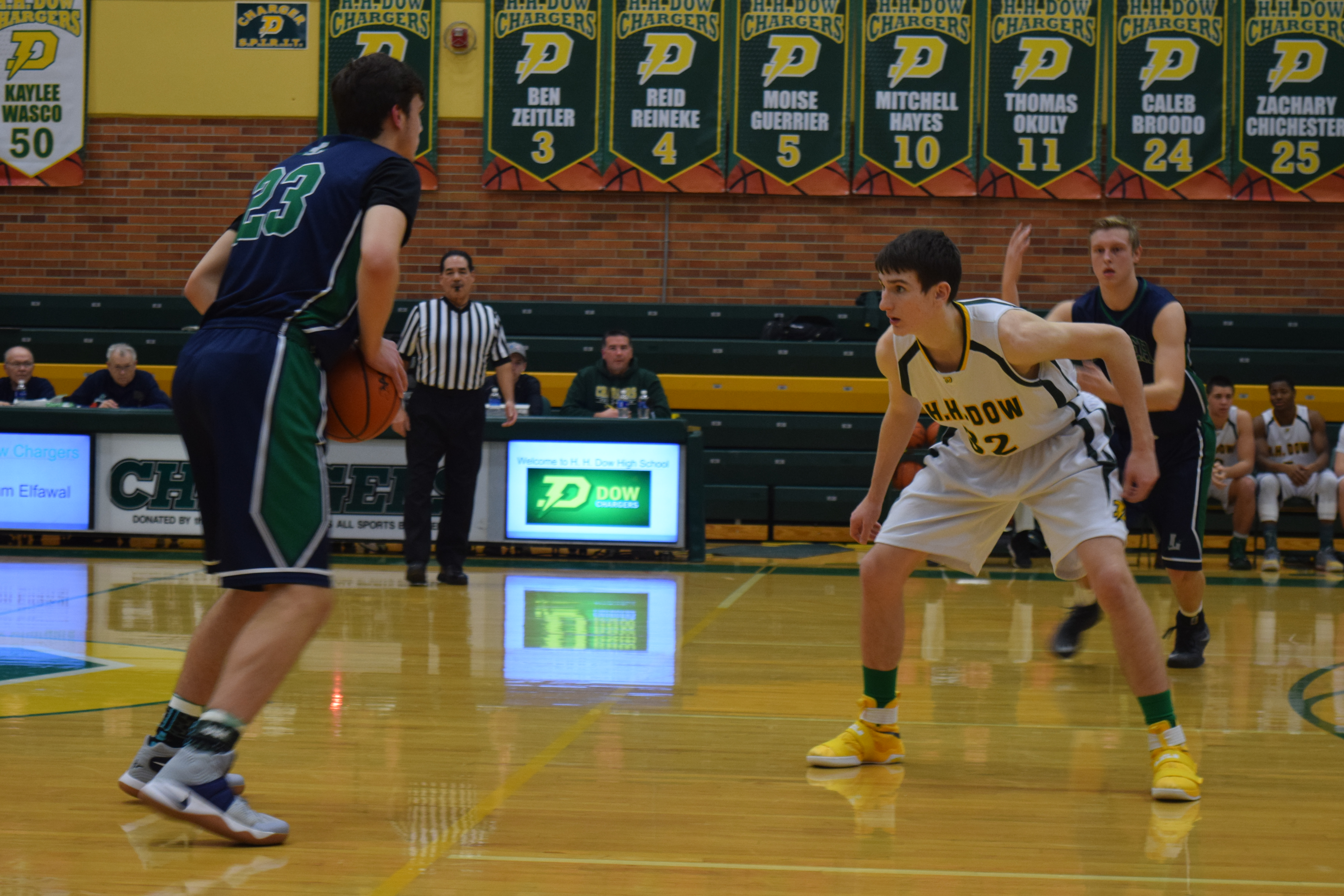 The DHS varsity boys basketball team is shooting their way into districts the coming week of Mar. 6 through 10. They have a bye the starting game of districts, which means they automatically have a place in the semi-final round of districts. The team plays either Bay City Central or Bay City Western in the semi-finals.

“Hopefully we can win districts, then after, win Dow’s first SVL championship ever for guys basketball,”  junior Zachary Chichester said.

The varsity boys basketball just came off of two wins versus Lapeer and Traverse City Central, and are looking to continue that momentum in the final push of the season. The district semi-final will take place next Wednesday, Mar. 8 at Bay City Central at 5:30.