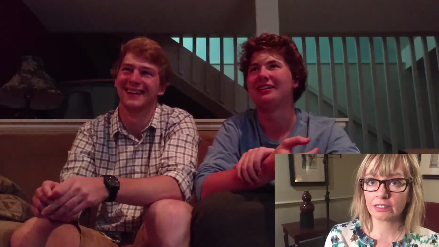 A wise man named Ricky once said “you can’t judge a cover of a book by its look.”  The same goes for Trailer Park Boys, a unique Canadian TV show with a loyal following of viewers. While it may not always be the most appropriate or widely respected show, it does  have a certain appeal to viewers across North America.

Trailer Park Boys started in 2001 and started off very slowly. There was bad quality and everyone thought it was to chaotic. Once it went to Netflix, Trailer Park Boys was one of the most watched shows on the app.  It is considered a Netflix original, so that means that the show originated on Netflix.

The characters in the show is what makes it one of the funniest shows on Netflix. First of all there is Ricky. Ricky is the dumb friend in the show that always seems to mess up the plan that is established by the ‘V Team.’ Ricky really only cares about his family and he likes to do things that he isn’t supposed to do. Ricky always seems to get “kicked out” of his family from the stupid things that he does, so throughout the season Ricky is trying to do less stupid things so he can live a happy life with his family.

Secondly, there is Julian. Julian is the guy that always gives these horrible ideas to Ricky and Bubbles and they always think that they are smart ideas. Julian’s whole goal throughout the show is to retire and just enjoy his life, but his ideas are so bad that he always ends up losing money so he has to think of more ideas. One of the ideas he had in season 10 is to make the park into an all inclusive casino and it goes terribly wrong, but watch the show to find out how. Everyone in the park loves Julian, so that is what gives him the confidence to keep trying to make money.

Lastly there is Bubbles. Bubbles is a man with terrible vision and has huge glasses that make his eyes look very big. Bubbles has a big heart and cares about everyone, even if he doesn’t like them that much.

Overall, trailer park boys is a great show. It is funny and enjoyable for students in high school. Even though there are some very dumb decisions made, there is always a lesson to learn from it.

By: Jon Baillargeon and Brad Drenkpohl

One thought on “The Boyz are Back”