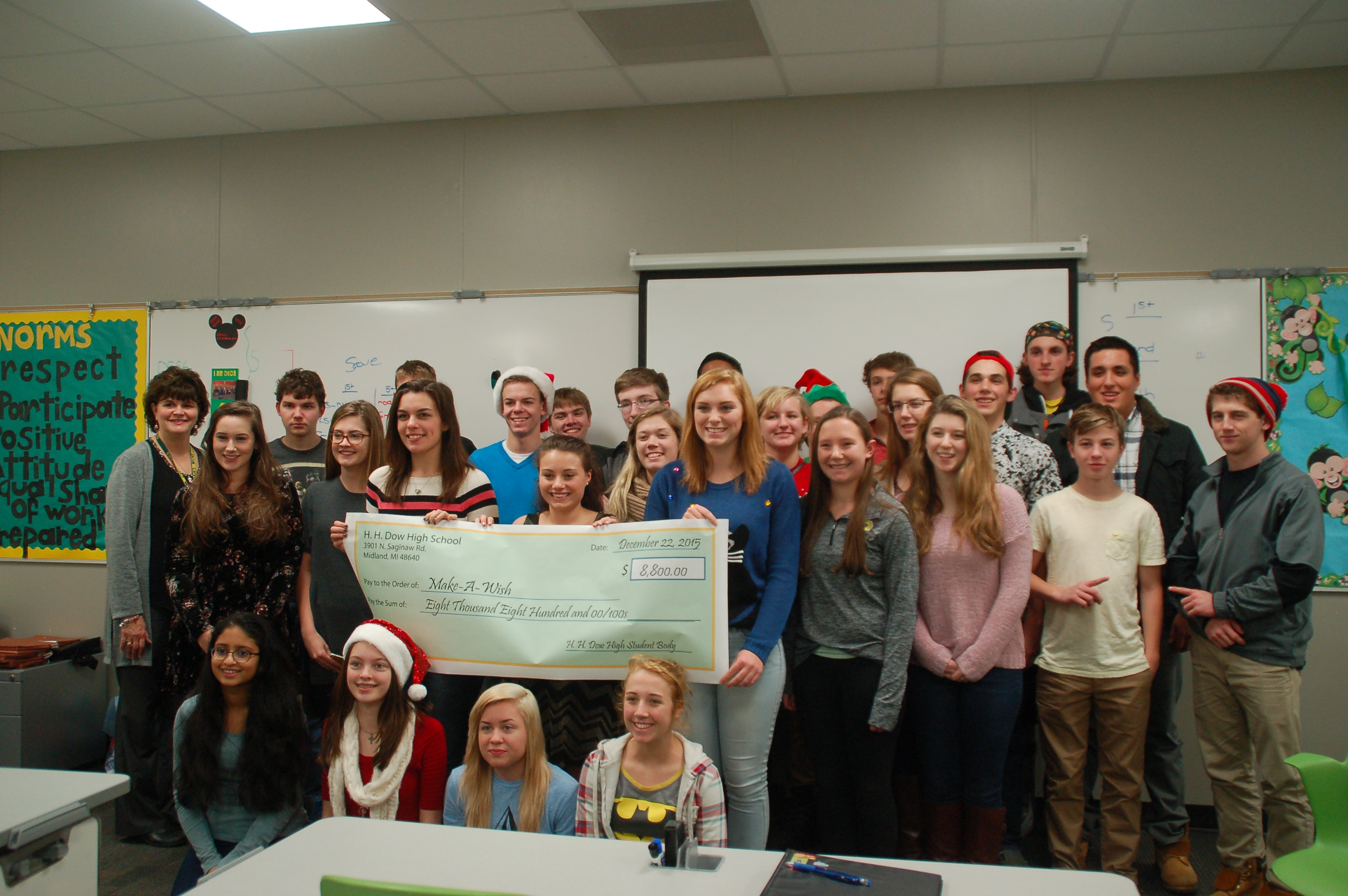 Every year, students from Melissa DeBoer’s classes participate in earning money for the Make-a-Wish project. Students had to design a product or a service that they were then to sell. This project helps to teach about business in the real world, as well as to raise money for a good cause. An interview with DeBoer revealed more about the project.

DHS Media: How many students do you have participating this year?

DHS Media: What kind do projects do you usually see?

MD: “Food, services like volleyball tournaments, volleyball camps this years. In the past we’ve had tennis tournaments, ping pong tournaments, all kinds of baked goods, blankets, candles, body scrubs. You name it, kids can make it.”

DHS Media: What’s been the most interesting project that you’ve had?

MD: “The most interesting project I’ve ever had was a boy who really was in to tattoos and art, and he designed tattoos for people and he sold them.”

DHS Media: Is there a connection to Make-a-Wish that drives you to do this project every year?

MD: “There’s not. I just, I mean I know that there’s a lot of children who struggle through illness. My brother had an illness when he was really young and it was a life threatening illness. I just know what this could have done for us but we just never took part in it. So, I guess just knowing that, that would be my only personal connection, but other than that. There’s lots of students that I hear of that have been granted a wish so it’s powerful.”

DHS Media: How much money do you hope to raise each year?

MD: “When we first started, we were at $600 and I remember thinking ‘Oh my gosh, we’ll never surpass that’. And then the first big year we ever had was $4,000. Last year we raised over $7,000 dollars and that was a pretty incredible year. To grant an entire wish for like a Disney trip is normally between $5,000 and $7,000 dollars. So, our goal each year is to kind of get in between that mark somewhere, so that we can grant an entire wish for someone in the Midland area. And I think that’s the other thing is, our money goes to someone in our area. It doesnt get shipped out to somebody else. So like the last two years we’ve granted wishes for entire Disney trips. One to a little girl and one to a little boy that lived in Midland County.  So that’s very cool.” 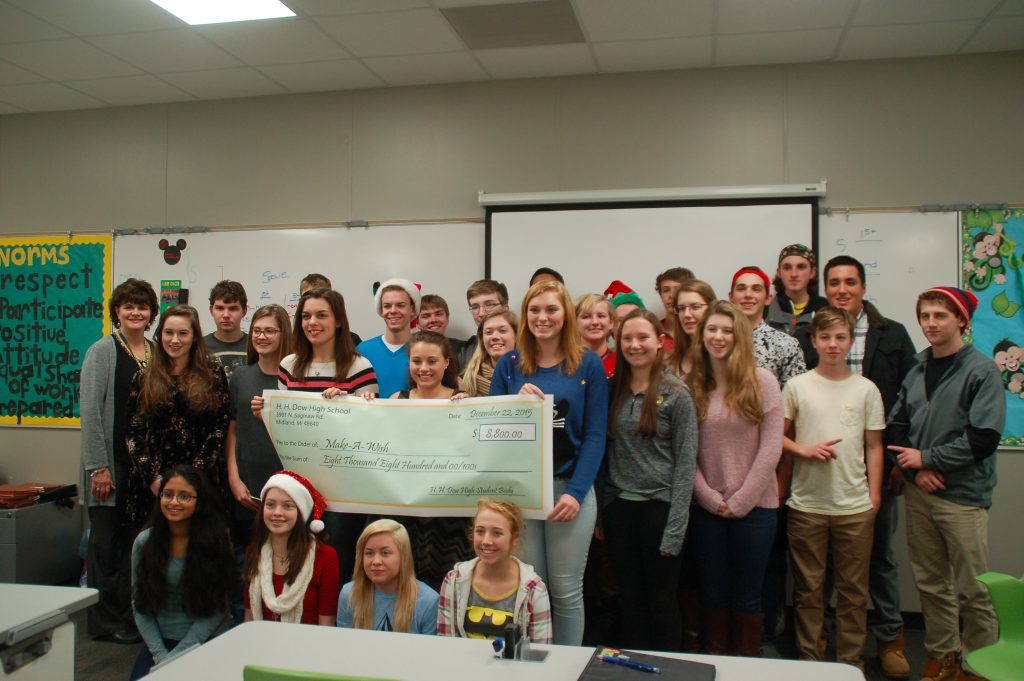 Drew Hirselj: “That people got really in to it and it was really competitive. They took it seriously and they respected the tournament.”

DHS Media: Why did you choose to sell cookies?

Chris Luddington: “We chose the cookies over a lot of other things because first off, it was low risk high reward. We could make a lot on the profit margin, and it was also something that everybody loved. It was also kind of a social service too I guess.”

Sreya Manchiraju: “Just knowing that where it was going probably. We learned about how every year, Dow High makes a wish come true and being able to be a part of that and being able to actually raise the money to donate was just amazing.”

Carley Hitt: “I’m going to go with the actual camp itself because before the two Saturdays that we actually did it, it was just kinda like a surreal thing, kind of like hypothetical because nothing had actually like, happened yet. So then, when the camp actually came, and we actually got to the point in which we could teach the girls how to play volleyball, that was really cool for me because I hadn’t like, done anything like that before so that was probably and like seeing them actually like get better throughout the day, was probably the coolest thing. Yeah.”