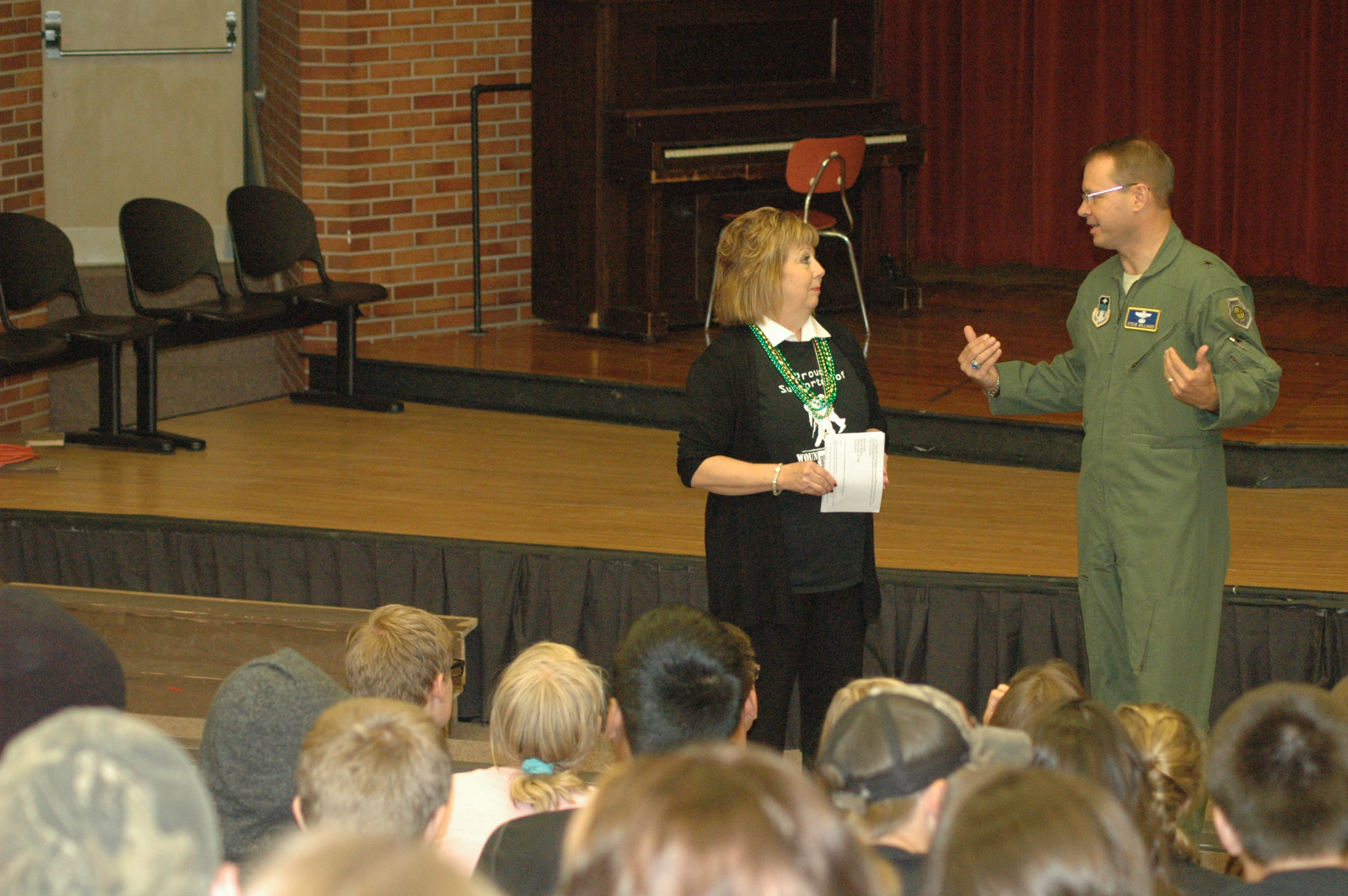 On Friday, Sept. 18, Brigadier General Steve Williams of the U.S. Air Force Academy visited DHS to speak to a group of students about education and enrollment at the USAFA. His presentation was a mix of information about the academy and general guidance on how to make the most of an education, at the academy or elsewhere.

With a command of over 4,000 members of the cadet wing at the academy, as well as 300 Air Force and civilian personnel, Williams is no stranger to organizing and leading people. He began his presentation by talking about what it means to be a successful person, emphasizing high school as an opportunity for success.

At the academy, air force cadets are expected to posses the traits intelligence, athletic ability, and a desire to serve. According to Williams, 85% of the students were in the National Honors Society, and 18% were valedictorians at their high schools. He’s very clear about athletic ability being important to cadets because it fosters a sense of healthy competition. The military aspect is something he refers to as more “intangible”.

“An ability to put something ahead of yourself – that’s the military side of it,” Williams said.

Having attended the academy himself and graduating as the top of his class in Engineering and Mechanics, Williams can attest to what students will learn. He says students will learn a mix of problem solving, leadership skills, and perspective.

Williams cited leadership as being the hardest skill to learn at the academy.

Williams left DHS students with many messages to consider. He said the Air Force isn’t for everyone. It’s for people who want to work hard, accept failure, and strive for excellence while serving their country.