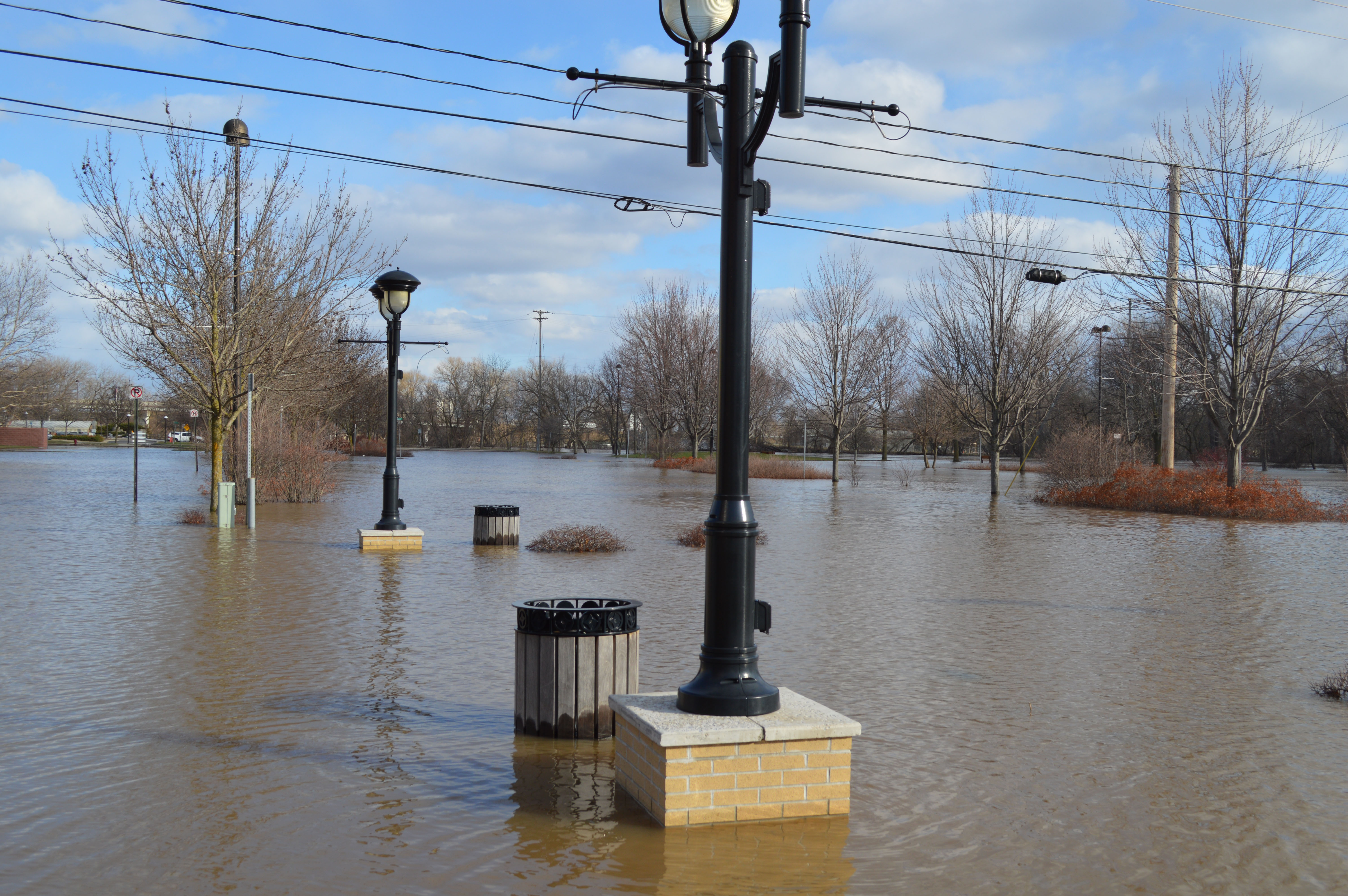 When the National Weather Service Forecast Office issued a Flood Warning for Midland and Saginaw on Apr. 16, not much changed for most people living in the city of Midland, even after the Tittabawassee River surpassed the flood level.

The flooding this year was very similar to the spring flooding of last year with both situations having unusually high levels. They caused the same concerns and caused a few problems such as power and internet outages throughout the county. Senior Page Miller lives in an area of Midland on a secondary circuit, so power was slow to return to his neighborhood.

“When the storms hit, our power and internet went out,” Miller said. “Our power was out all week and nobody could come and fix it because of the flooding.”

The Tittabawassee River caused issues as it crested at one of the highest levels recorded just a few feet short of the record flood.

The Flood Warning lasted for much of that week and, despite the seeming severity of the situation, it didn’t have a very large impact on the day-to-day lives of students and teachers. Even with Main Street closed off and school buses rerouted, school continued without pause.

Some students at DHS were affected due to the location of their residences. Flooding restricted access to homes in some areas of Midland. Some students such as Miller, had to find ways to improvise to get to school.

“We live on Tittabawassee River Road, so it floods up the entire road so we have to drive out the back through Northwood and that sort of sucks,” Miller said. “It gets us to school a little bit later to school and out of the house. We have to drive across our yard.”

The flooding of Main Street also affected the circulation of traffic before school. Drivers that typically took Main Street were redirected to Saginaw Road, causing the road to be backed up. Rules were loosened for late arrivals and parking lot usage. Attendance for Apr. 15 and Apr. 16 was held until the end of the hour.

“We had to utilize the lot where the marching band practices,” Assistant Principal Ted Davis said. “Our security guard directed cars to the lot as the front lots filled up. Teachers were instructed to park near the green gym entrance and come in to work via those doors. We allowed students to access the band room door for most of the day instead of locking it as we do at 8:00 a.m.”

Regardless of the blocked road, schools were still able to be open. The flooding was described by Davis as not severe enough to cause a cancellation of school.

“We did lose access to Main Street,” Davis said. “We were able to continue all school functions without major problems and students were in a safe environment.”

Apart from Main Street, the flood was most apparent in the downtown area of Midland. Emerson Park and the Tridge area flooded once again as seen with traditional flooding in Midland. The water also restricted access to the Rail Trail via the Farmer’s Market circle area. Also, Sturgeon Creek flooded, almost reaching the parking lot of the Community Mental Health for Central Michigan building by DHS. The Poseyville Road Bridge that crosses into Bullock Creek was also closed and drivers had to be rerouted via M-20 to Homer Road.

All Midland residents that live near water or areas that flood frequently take proper preventive measures. Creating a flood plan and practicing that plan is necessary. According to the National Flood Insurance Program, floods are the number one natural disaster each year. Many safety precautions must be taken to stay safe during all flooding events. Students are advised to avoid all areas that may be flooded. Even if the water looks shallow, it may be deeper than it appears. Driving through any areas with standing areas is also discouraged. 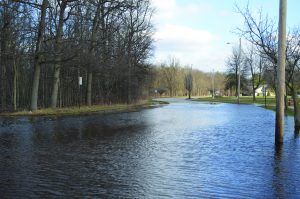