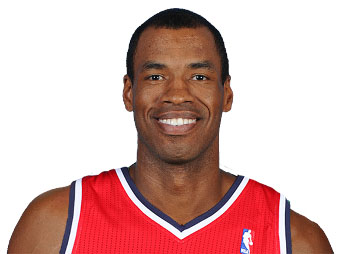 The LGBT society just took a huge step, especially in the world of sports. Jason Collins, a NBA basketball player, came out on Monday.  Collins is the first professional athlete to admitting to being gay. Rumors of NFL players coming out circulated around in late February and early April but never ended up happening.

For Collins, he started showing some unspoken signs last season, when wearing number 98 for 38 games while playing for the Boston Celtics and the Washington Wizards. According to Sam Gardner from Fox Sports Collins wore this number in honor of the Trevor Project, an LGBTQ suicide prevention foundation founded in August 1998, and also in memory of Matthew Shepard, a 21-year-old University of Wyoming student who was killed in October 1998 in one of the most infamous antigay hate crimes in history.

For the most part, Collins has been overwhelmed by the reactions and support from teammates and fans. Support from players such as Chauncey Billups, Dwayne Wade, and Kobe Bryant to coaches like Vinny Del Negro of the Clippers has been piling in on social networks. Even the commissioner of the NBA had good words to say about Collins coming out according to a Fox Sport News interview.

“As Adam Silver and I said to Jason, we have known the Collins family since Jason and Jarron joined the NBA in 2001 and they have been exemplary members of the NBA family. Jason has been a widely respected player and teammate throughout his career and we are proud he has assumed the leadership mantle on this very important issue.”

Along with support, hate and other various types of negative reactions were shared in the eye of the public.

“Personally, I don’t believe that you can live an openly homosexual lifestyle, or like, premarital sex between heterosexuals … it says that that’s a sin … I believe that’s walking in open rebellion to God and to Jesus Christ,” ESPN basketball analyst Chris Broussard said. “So, I would not characterize that person as a Christian, because I don’t think the Bible would characterize that person as a Christian.”

Even DHS has Jason Collins supporters.

“Good for him.” Junior Michael Nigro said, “There’s a first for everything.”

Collins isn’t the first athlete to announce being part of the LGBT society however. WNBA players have come out but most recent to come out is Brittney Griner. A former Baylor Women’s Basketball phenom, number one overall pick and current WNBA center for the Phoenix Mercury, came out before her very first professional game. Griner is widely considered the best if not one of the best players to ever step foot on a women’s college basketball court. The six foot nine inch mega star came out with pride and dignity

“Just be who you are,” Griner said in an interview with ESPN.

2 thoughts on “Jason Collins comes out”