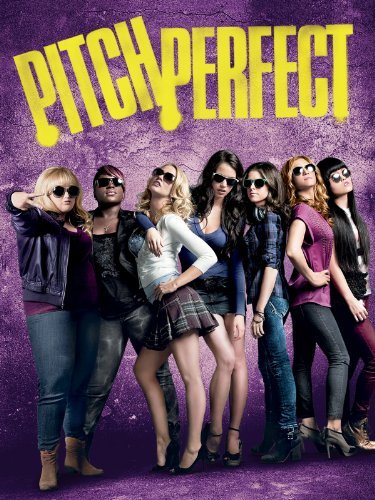 Although it came to theaters Oct. 5, 2012, Pitch Perfectis still gaining viewers due to its positive energy, musical theme, and comedic story line.

Coming to college as a freshman, Beca (Anna Kendrick) would much rather be focusing on producing music than making new friends. But on club recruiting day, she is spotted by Aubrey (Anna Camp) and Chloe (Brittany Snow) and asked to join an a cappella group known as The Bellas. At first she doesn’t want anything to do with the club because she really only has a passion for producing music but after an encounter with Chloe in the bathroom she decides to give it a shot.

The first rehearsal does not go as expected and Beca soon finds out that being a part of this a cappella group includes much more than just singing. Not only is the majority of her time spent practicing but a boy, Jesse (Skylar Astin), comes into the picture when she starts interning at the school’s radio station. The more The Bellas practice the more Aubrey doubts the success of the group seeing as how its majority singers are misfits who can’t seem to perform or sing well.

Despite the struggle, the a cappella group makes it to the regional competition but comes in a close second to their rival a cappella group at school, The Treblemakers. However, at semi-finals Beca realizes how bored the audience is with their song selection which has been the same since Aubrey has been in charge and she decides to start singing “Bullet Proof” by herself in the middle of their performance which pleased the audience, but not Aubrey. Beca takes responsibility for her actions even though it gets her kicked off The Bellas. The group, after a venting session, comes back together stronger than ever just in time for Nationals with Beca at the lead.

Pitch Perfect is filled with a wide selection of music like the theme from The Breakfast Club “Don’t You (Forget About Me)” to modern day pop music like “Titanium” by David Guetta featuring Sia. This movie is gripping from the very beginning and filled with laughs and music the whole way through. It’s a must see for anyone who enjoys a good comedy or simply a movie with a good plot line and lots of music.