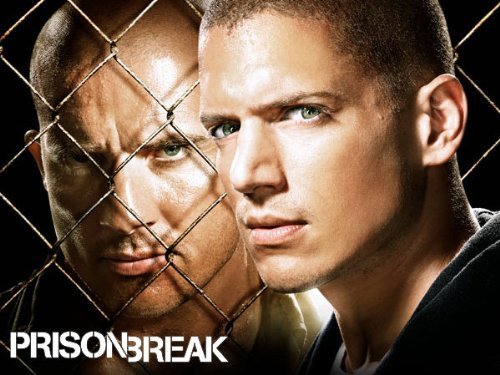 TV today is very disappointing. There is no variety of shows, and it’s all the same murder, with the same plot twist.  Everything is boring, and all the shows are founded on the same simple principles, everything is black and white.  There is good guy and a bad guy; it is all clear to the viewer. Very few shows break the chains of normalcy but “Prison Break” is one of them.

“Prison Break” stars Wentworth Miller as Michael Scofield, a structural engineer who is in a terrible place. His brother is Lincoln Burrows, who is played by Dominic Purcell. Lincoln is in jail for the murder of the president’s brother.  Lincoln claims he never murdered him. He says he was framed. Lincoln is locked away in Fox River Prison. Lincoln spends most days in the prison separated from the other inmates, since he is on death row. Lincoln is just waiting to be executed. Michael refuses to sit and wait for his brother’s innocence to be won because he knows it is too late. The judge will never let Lincoln off of death row. Michael devises a very elaborate plan to get his brother out of prison. His plan is to get himself arrested and put into Fox River with his brother, then after getting put into prison, he will break his brother out. He has spent hours studying how to break out of prison. While in prison, Scofield builds relationships with many inmates and prison employees.

It is an incredibly exciting, suspenseful show that has a twist in almost every episode.  It is almost torture to watch at times because Michael and his fellow conspirators, who are trying to break out of jail, have worked so hard and so long for their plan to work. Every episode leaves the viewer yearning for more action and excitement. “Prison Break” isn’t a regular type of show. Its plot is so complex that the viewer has to think about everything going on to really understand.

Almost all of the first season takes place inside Fox River. Watching the social system that is presented in the show is fascinating. The show may or may not be accurate but it is riveting to watch the prison society and how it functions.  It’s a very dark and depressing to watch because Lincoln and Michael are both innocent but bad things are always happening to them, like getting in fights with other prisons or getting thrown into solitary confinement . Michael, Lincoln and other characters come close to death so many times in the show. It can be a little too depressing to watch, but it keeps the viewer on edge. There are no boring moments in the show . It’s almost stressful to watch the show because the events happening are so intense.

The show went from 2005 to 2009 and is based around Michael and Lincoln’s struggles for freedom. The plot gets more confusing as the show goes on, and Michael and Lincoln are always on the run. The show was nominated for many awards and even won two Golden Globe awards. “Prison Break” is really not like many other shows. Its plot and dialogue are unique. TV today all seems the same, so for a break from the normalcy of TV consider “Prison Break.”